Collapse of Oroville Dam Has Become a Distinct Possibility

The Oroville Dam is in crisis. In the past several weeks, I have spoken to Paul Preston multiple times about the continuing crisis. This morning, April 18, 2019, Preston is in court attempting to file an injunction against the Department of Water Resources.of California. Consequently, Preston is not able to speak with me on this topic. However, I do have access to other sources and I have obtained direct evidence which strongly indicates that the Oroville Dam is in imminent danger. Here is what we know as the early morning hours on April 18, 2019.

The Oroville Dam is the biggest earthen dam in the United States, standing at a height of 901 feet. The dam is experiencing threats to its existence from a number of sources. Here was a recent story which indicated that over-topping was a looming threat. This alone, could collapse the dam.

Many New Californians in the Butte, Sutter and Yuba counties have expressed great concern over what they have been seeing error codes from the Oroville dam data exchange center’s hourly charts from the Department of Water Resources.  The error codes (N) started showing  up on the charts April 12, 2019 at 3:00 pm PST. when the last reported elevation of the water in the reservoir was at 860.83 feet.  By 4:00 pm PST the elevation was reported at 533.22 a drop of 327 feet in the water level.  Noted alongside the measurement is letter (N) which indicates there is an error in the reporting.

Of big concern for people was after 44 hours without a proper reading from the Oroville Dam what was the real level of the reservoir since the last reading that was produced without an error code (N) was Friday April 12, 2019 at 3:00 pm PST that report showed an elv. at 860.83 ft

“We don’t know the levels.  What are the exact numbers?” stated one Butte County resident.

The dam max reservoir is 899.9. Over topping starts at 901 many people were thinking there was an over topping threat as they saw on February 11, 2017.  The February 11, 2017 incident was the led to the February 12 dam failure that forced the Sheriff to call for an emergency evacuation of 190,000 people from the inundation zone.

From Bad to Worse

Noted dam expert, Scott Cahill's material on the Oroville Dam's condition was forwarded to me. Here is what I have at this point in time..

On the right side of the spillway the plates are leaking.  There should be NO water leaking from the seams.

The leaks are obvious in all IMG pictures. Spillway is suppose to be smooth.  Evidence in all IMG pictures. Notable plate buckling in IMG 8027b, IMG 8026B, IMG 8025b and IMG 8034  From Dam specialist Scott Cahill Watershed Services. I am being sent these photos later today. I am not sure about the delay in doing so and they will be published  as soon as they are received. I suspect that the early is due to the fact that that photos are going to be used in court this morning in order to gain an injunctions against the Department of Water Resources who are using dynamite in the vicinity of the dam in order clear debris. The fear among local experts is that the dynamite could trigger a catastrophic collapse of the dam. This constitutes the main legal argument against DWS in court as per the filed documents.

Eyewitnesses have told me that the spillway is collapsing. There is buckling in the middle of the dam. It is estimated that if the top of the dam fails, the dam will lose about 30-40% of its height. This would lead to massive over-topping of the 600 feet that would be left and eventually it is expected that the dam would collapse.

These pictures originated with Scott Cahill. These photos show clear cracks and damage to the spillway, mentioned earlier in the article. Once can see the bulges forming as well. This dam is a critical state. 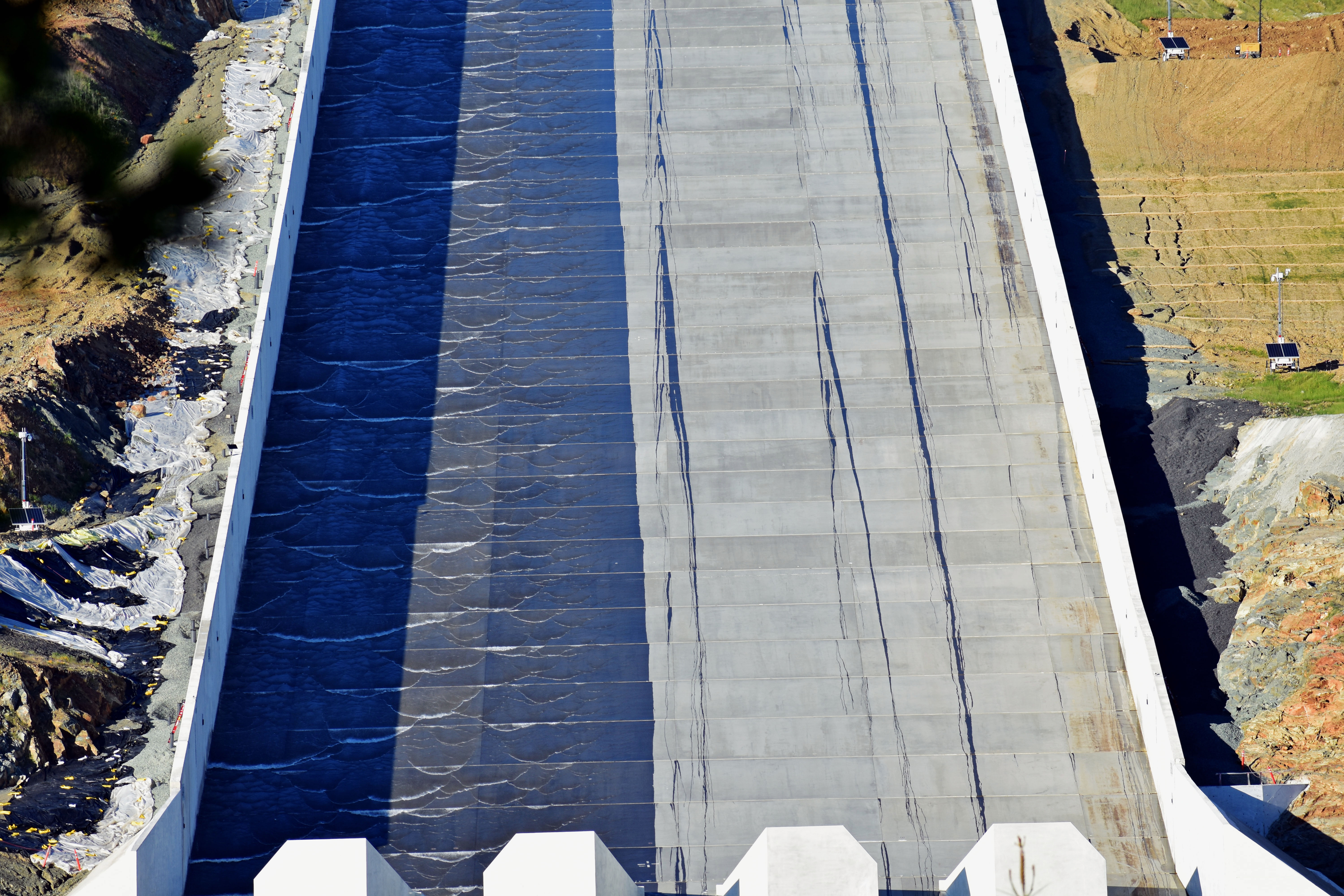 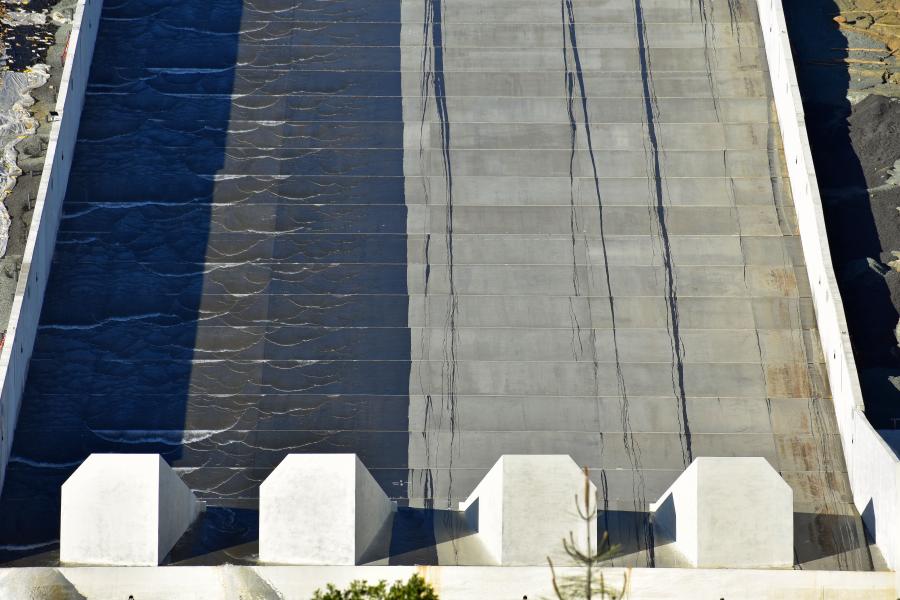 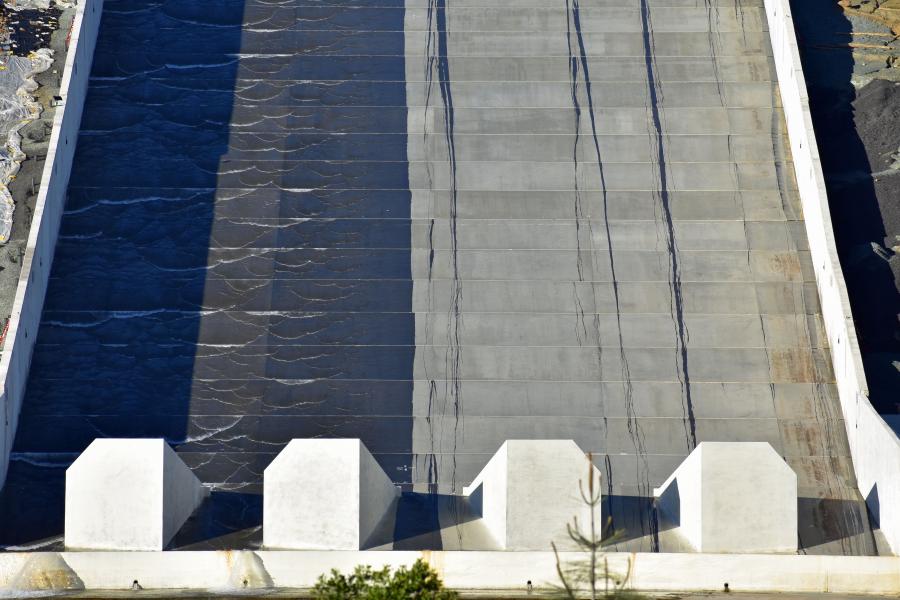 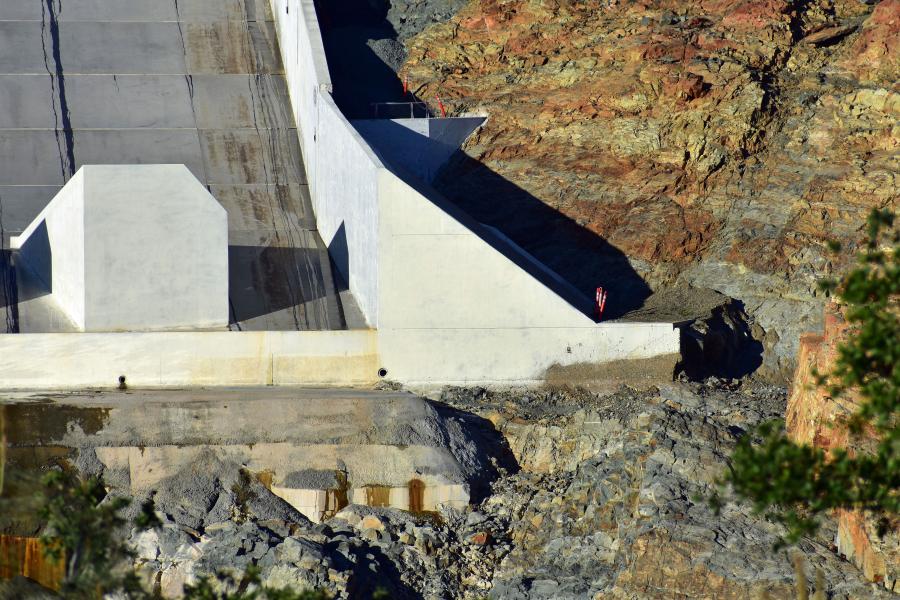 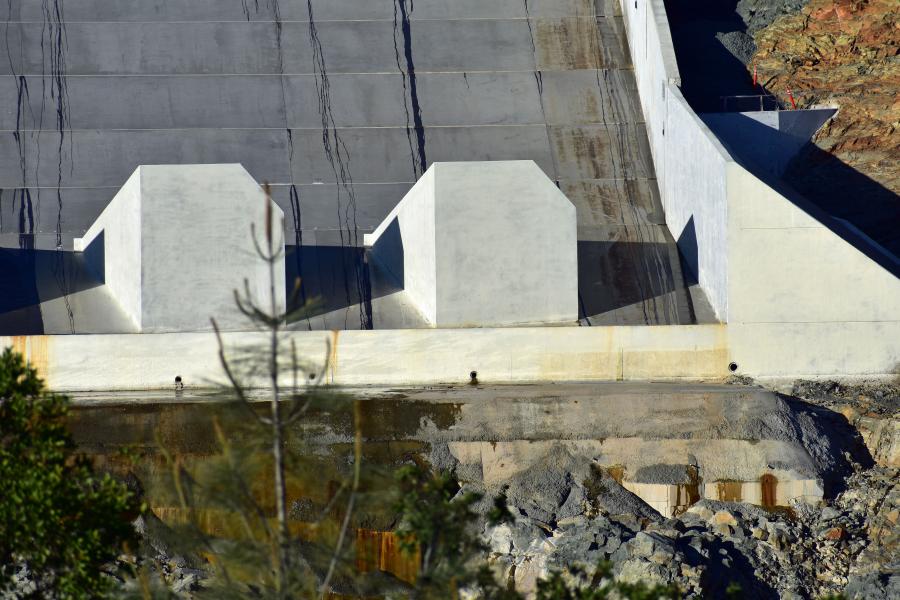 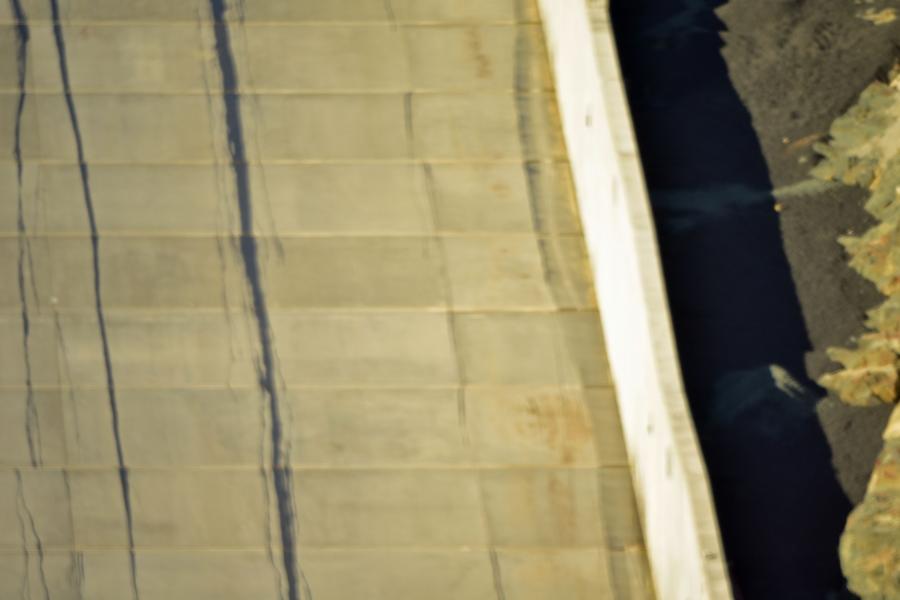 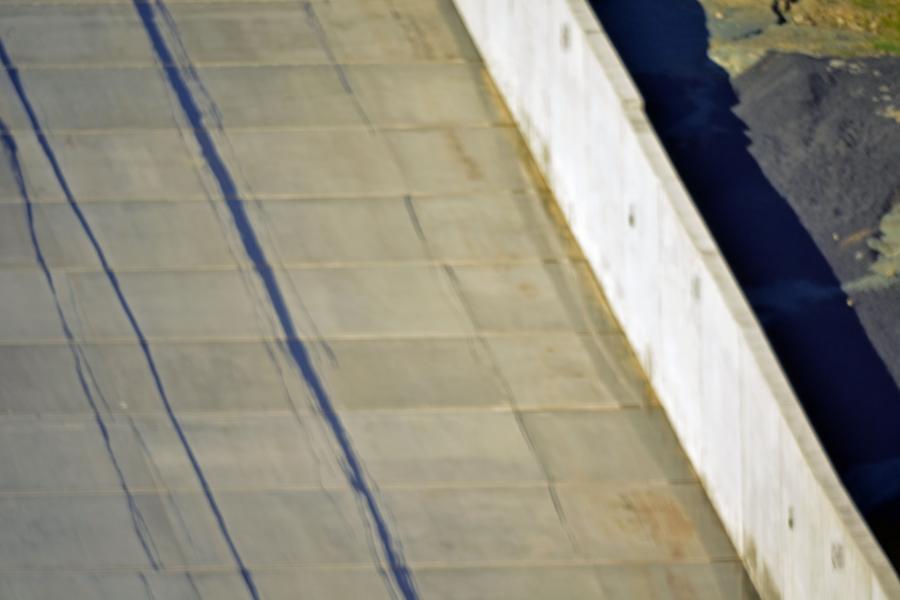 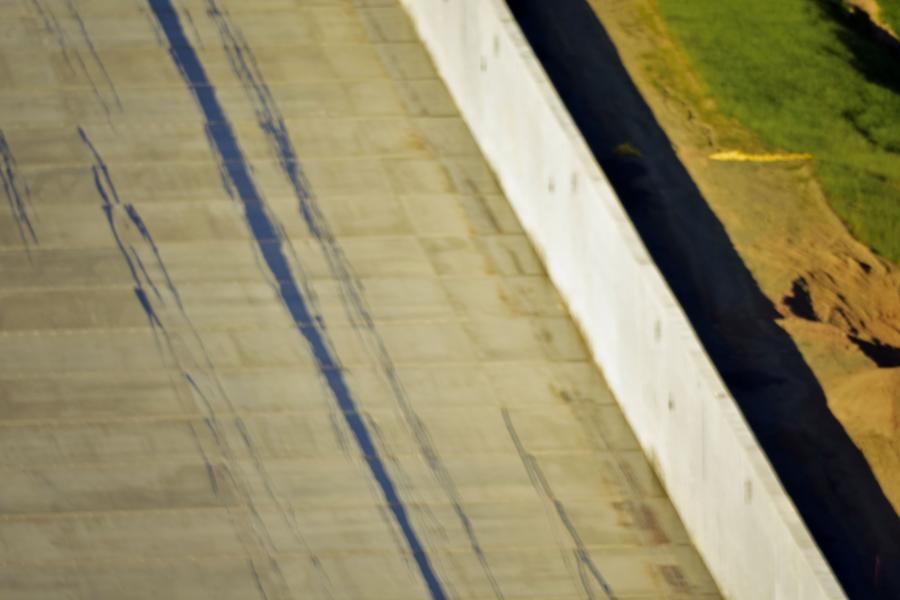 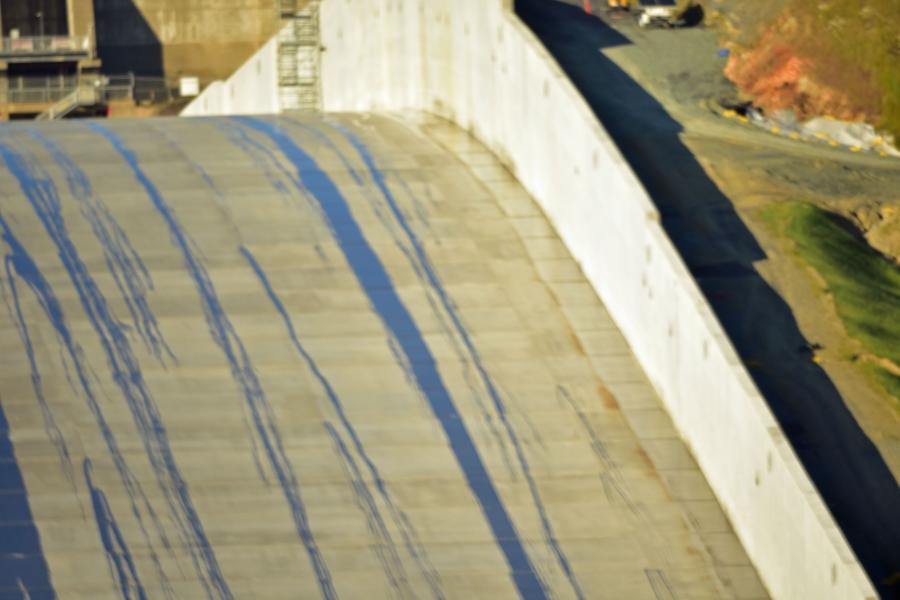 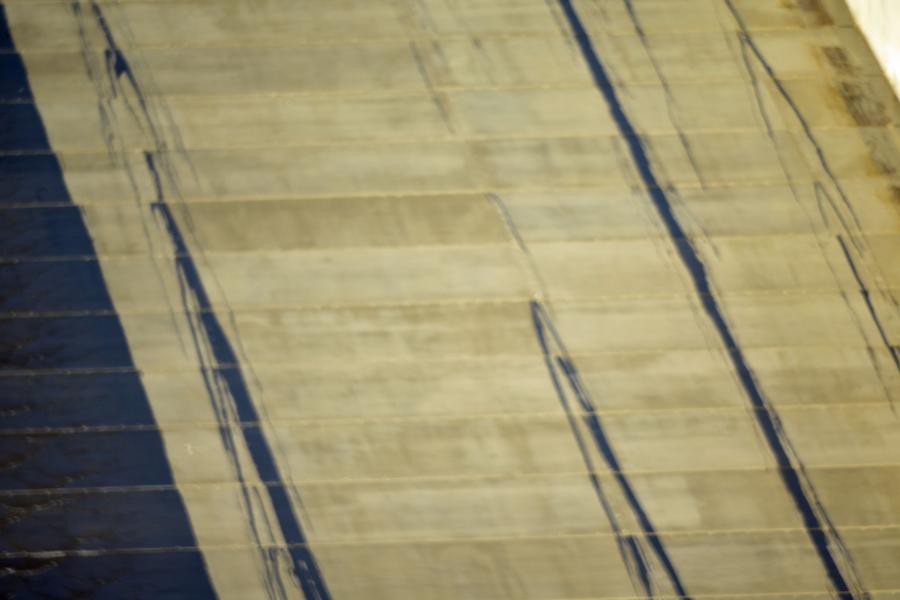 What Happens If the Dam Collapses?

The experts I speak with tell me, that in the event of a dam collapse, the water will come rushing out at 75 MPH. The water will be 30 feet high. Sacramento would be under water in less than hour. DWS says it would take two hours for the water to reach Sacramento. The point is largely irrelevant. The city could not be successfully evacuated within two hours. Almost two million lives are at risk.

If the dam collapses, the CALEXIT people will realize their goal of eliminating California's contribution to the nation's agricultural and world's supply of food. The affected Central Valley is one of the top suppliers of fruits, nuts and vegetables in the world. Spot famines would result. Further 30% of America's retail crosses Interstate 15 and that would be stopped immediately and this at a time when the retail collapse of America is already underway with the closing of 6,000 stores in the first quarter of 2019. This event could collapse our economy. And I want to stress that is a preliminary report. I have prepared a summary report below in the following. I will be publishing photos as they arrive and are converted in a publishable format.

Dave, you're taking someone's assumption as being correct?

If the dam was in any critical danger it would really be national news in California. Just because Paul tells you something about that dam does not make what he say sacrosanct. Just because he says he knows something is only because he is buying into the latest hysteria about Calexit and that idiocy. That dam IS SAFE DAVE even if water flows over the emergency spill way. They won't let it though before they open the reconstructed main spillway.... Why do you keep going there ???

I'm not really sure what we…

I'm not really sure what we're looking at with these pictures? That spillway looks solid to me. The emergency spillway that collapsed in 2017 has been rebuilt. They tested it last month and it was working fine. I live about 1 1/2 hours north of that dam. Been here all my life. And the freeway is I-5, as in Interstate 5 not the number "15". Who exactly is Paul Preston and what are his credentials? Kind of scratching my head here...