When I reported on Chinese Defense Minister, Wei Fenghe’s leaked speech to the CCP, there was a subtle but stunning revelation that most have refused to interpret correctly.  In the speech, Wei Fenghe criticized Japan and Nazi German of the WW II era for having lacked the single-minded focus needed to win the war against the United States. Fenghe was emphatic that modern-day China would not make that same mistake. Fenghe dutifully noted that “We may show interest in Taiwan, but that is not our true purpose. The sole purpose of the Chinese foreign policy is to fully occupy the United States and we are not interested in co-occupancy.”

The document went on to stress that every American man, woman and child must die noting that there are several avenue to achieve this goal including the deployment of race-specific bioweapons that the CHICOMS developed in conjunction with Israeli researchers. Wei Fenghe emphasized that the only spared group would be Americans of Chinese descent and this would number about 14 million.

I have had numerous private discussions with my military insiders and they are in agreement with Wei Fenghe’s intent to commit genocide against the American people. However, nearly every source did not believe that the most efficient weapon were race-specific and this was based upon technical challenges associated with the approach.

Three sources, including my best source, have stated that a number of strategies will likely be employed which will accomplish the same goal with some Americans following between the cracks. However, nobody will not want to be one these survivors because to be in the targeted American group, makes one the most endangered hunted species on the planet. Here are some of the sources have said are the means for what wlll be deployed against American interests:

This is a brilliant, Satanic-inspired plan. And what you have read here is only the tip of the iceberg. In my upcoming conference presentation with GENSIX, I will be providing both the historical context and the details of future intentions of the globalists to starve America to death along with the other methods that will be used to exterminate as many Americans as possible.

In order to provide some detail, suffice it to say that guillotines and malnutrition could be written on most causes of death in the final stage of the destruction of America. 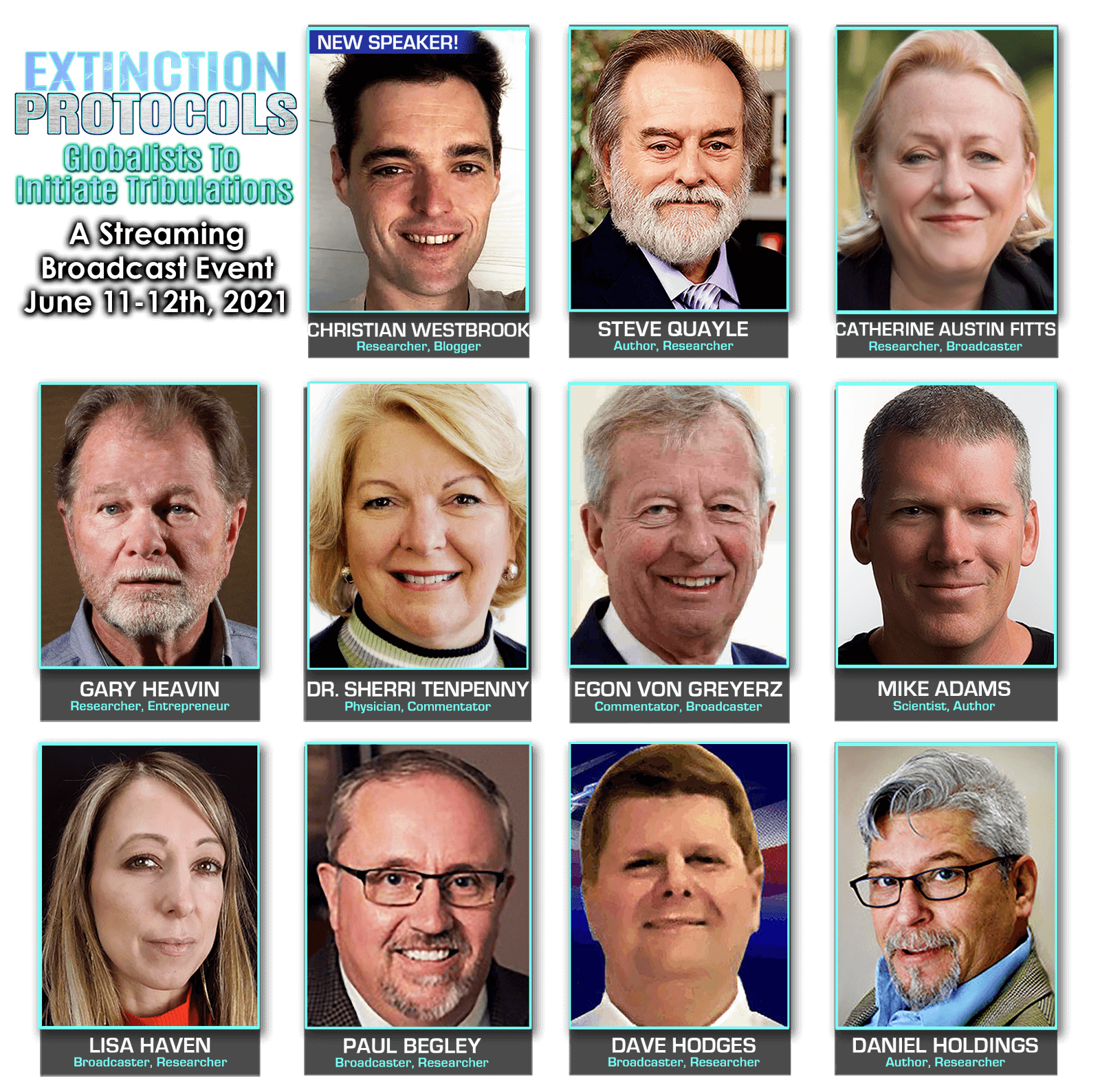 By way of brainstorming, I suggest a fictional scenario, below. The horrifying picture presented above was averted. Highly skilled, courageous, top military teams stealthily apprehended fifty of the most powerful New World Order PTB. Each of the captured combatants was taken to a remote mineshaft and kept under good conditions. None of this vitally important activity was reported in any news media. The Patriots were able to begin serious negotiations. Not only were the plans, above aborted, but the conspirators were compelled to pour very generous sums of money into the coffers of the U.S., to be utilized for the rebuilding of middle class America. Of course, a certain number of the detainees were never released, anyway...

In reply to CHICOM Ambushes by Linda Williams

That was a brainstorm Linda, But I like it ! I wish it were not fictional.

WOWWW. Dave. You've outdone yourself. This story is super revealing and my speculations of the coming events are right on target regarding what you wrote. Thank you so much for this. Now I know for sure that I'm on the right track and have been. Most folks don't know all these details and it's so important that you revealed all this to the public (dense as most of them are). Thank you Dave. Superb work.

WOWWW. Dave. You've outdone yourself. This story is super revealing and my speculations of the coming events are right on target regarding what you wrote. Thank you so much for this.lks d Thank you Dave. Superb work.

that invasion stirs fear in my heart as I KNOW WE ARE JUST BEHIND THIS! How many Americans have even a clue what that means for us?? 10% maybe? Or is that being too generous?

With the whole military taking the injection, in 12 months there may not be any military for defense.

Dave is not what he seems

Dave likes to fit the stories to his narrative. Dave has not followed on his website the beginning of WW3 in Ukraine. Only Hal Turner has been covering the biggest story out there. Dave's narrative paints Vladimir Putin the same way Joe Biden paints him. The truth is that the Russians including Putin have more integrity than Dave,the U.S and Europe combined. The Russians will be fighting for their existence when the time comes. If it comes to Russia nuking the US, I hope that Phoenix and its suburbs are in the plans. Dave Hodges has been spouting the same Russia rhetoric for years. Putin is former KGB, but he cares about his people. The U.S. is an evil, Sabbath profaning, pagan day keeping nightmare. Good Riddance. FU DAVE

If you dont like the heat in the kitchen, get out. Your an evil hack.

The coming invasion and annihilation of the United States.

Regarding: THE COMING CHICOM INVASION OF TAIWAN IS A GREAT DECEPTION WHICH WILL CULMINATE IN THE ANNIHILATION OF THE UNITED STATES If this is indeed what the future holds.....why bother to do anything about it? I will be 78 this coming August and have limited fiances. We have been forewarned thousands of years ago that such thing would happen. We are here and one way or another it's going to take place. It will end only with the coming of Messiah. I'm 78 on a limited budget...cannot purchase more books/cds/etc. about what is coming. That said here is my contribution to others: https://www.knowingforyourself.com Money has no value there. Best to all in Christ. Daniel

here is a novel idea for our…

here is a novel idea for our blotted military, why dont these lunatics come up with a Chinese bio weapon to unleash on them, and that weapon would kill off the majority of the red commie pigs and every one in the ccP and we take there nation over and who ever is left we will just eliminate, how's that for a great and simple idea, and we can force Fauci to initiate the weapon under threat of his death along with his entire NIH and CDC working on the weapon right here in the good ole USA, made in America for Chinese removal.