The Congressional Whores, the MSM and Their CHICOM Allies Are Coming With Their Version of the J Stamp

The Congress is run by treasonous leaders. Speaker of the House Pelosi was raised in an organized crime family and she has continued her criminality throughout her political career. As this article points out, she is in bed with the cartels, who are controlled by the CHICOMS. Her son is alleged to be involved in the same Ukrainian activites as Joe and Hunter Biden. She is a billionaire living on a public servants salary.

Pelosi's equivalent head of the Senate is just as corrupt. We know now that McConnell took campaign contributions from Dominion voting machine interests who are deeply involved in CHICOM interests. Further, we know that McConnel, the Senate Majority Leader blocked two election intergrity bills in 2020. And one might want to look for the CHICOM interests and associations with his wife. It never ends, Congress is one big whore house. And most of all, the CHICOMS control the cartels. /the cartels were the point of entry into controlling the rest of the American government and society as a whole.

The belief that Congress is owned and controlled by the CHICOMS as are over half of the governors can no longer be challenged. The CHICOMS participated in voter fraud in the 2020 election. In fact, the CHICOMS control the NBA, Hollywood, much of the gaming industry, they are on the boards of most Fortune 500 corporations, the MSM, they control most state-run universities, they have infiltrated defense contractors, and on and on it goes. The Belt and Road Initiative has come to America. Do you remember when the MSM was consumed with exposing CHICOM human rights violations. One certainly does not hear about this anymore do we?

If the reader thinks that this corruption is new to Congress, they have not been paying attention. It is time for a history lesson. Certainly, some of the allegations that are going to made in the text of this article, will seem utterly outrageous to the casual observer to modern day politics. In a recent interview, both Paul Preston (President of the New California movement) and myself agree that present leaders in the Democratic Party are involved in supporting drug cartel and their related terrorist related activities on American soil. And when they support the cartels, they are supporting the CHICOM government and the CCP! We further allege that this support by various Democratic Party operatives constitutes the main motivation for the Democrats and their opposition to legal immigration and the building of a border wall to facilitate this goal.

The History Lesson: How High Do the Cartels and the Terrorists Reach?

The answer to the question has already been asked and answered. In an often cited work titled, The Enemies Within, developed and produced by Trevor Louden, irrefutable evidence was presented that 80 Democrats are affiliated with front groups for either the Muslim Brotherhood or the American Communist Party. Former Congresswoman, Cynthia McKinney and former Congressman Alan Watt both endorse this provable allegation as does ex-CIA officer, Robert David Steele. Can terrorists and their cartel allies control heads of state? The answer is a definite yes. From the Independent:

Alex Cifuentes, who has described himself as Guzman's onetime right-hand man, discussed the alleged bribe under cross-examination by Jeffrey Lichtman, one of Guzman's lawyers, in Brooklyn federal court. Asked if he told authorities in 2016 that Guzman arranged the bribe, he answered, "That's right."

Now of course, the Mexican government is not the US and therefore, the same question must be asked north of the border.

Why do you think so many states are legalizing drugs? It benefits the CHICOM criminal interests. Here is the relevant history!!!

America is in the process of being transformed into the same type of narco-terrorist state as we see in Mexico. Let’s consider the public drug trial of Jesus Vicente Zambada-Niebla. “Jesus Vicente Zambada-Niebla, the Sinaloa cartel’s “logistics coordinator” and son of a principal Sinaloa leader, asserted in court documents that Guzman is a U.S. informant and Sinaloa was “given carte blanche to continue to smuggle tons of illicit drugs into Chicago.” “Niebla also alleged that Operation Fast and Furious was part of an agreement to finance and arm the cartel in exchange for information used to take down its rivals”. The details of the unholy agreement between the DEA and the Sinaloa cartel was that the DEA would allow 80% of all drug shipments into the United States in exchange for intelligence information on the other drug cartels. Why would the DEA want intelligence on the other cartels, yet, they would allow the Sinaloa cartel to continue with their drug operations right under the noses of the DEA. “The agents stated that this arrangement had been approved by high-ranking officials and federal prosecutors,” the Zambada-Niebla lawyer wrote”. After being extradited to Chicago in February 2010, Zambada-Niebla argued that he was also “immune from arrest or prosecution” because he actively provided information to U.S. federal agents. 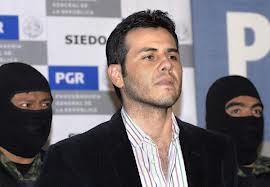 Niebla “The DEA said it was OK to run drugs into America”.Niebla also alleged that Operation Fast and Furious was part of an agreement to finance and arm the cartel in exchange for information used to take down its rivals. This resurfaces the issue that Attorney General Eric Holder knew about the gun-running arrangements in Fast and Furious as we all knew he did. Holder was actually found "in contempt of Congress" for refusing to honestly testify on this matter before Congress. He has still yet to be held accountable.

The only plausible explanation serving to underlie this operation would be that DEA is protecting the drug trafficking corridors for the banking elite that has hijacked our government.  The information supplied by the Sinaloa’s about their rivals protects the elites shipments from competition. The participation and suspicious behavior of Eric Holder, acting as the Attorney General, clearly points to the fact that the Obama administration was as compromised by the cartels as was former Mexican President Nieto. This court case was brought to my attention by a present DEA official who used this case as a form of open intelligence in order to educate me as to how much power the cartels have over our judicial system and certain politicians, especially the leadership of the Deep State controlled Democratic Party. And who owns these groups? It is none other than the CHICOMS.

Most of my colleagues in the alt media are aware of the suspicious activities of Nancy Pelosi, Kamala Harris, Alexandria Ocasio-Cortez and Dianne Feinstein. Feinstein had a driver who was a 20 year CHICOM spy! . At the conclusion of this series, it will be difficult to not equate the real mission of the Democratic Party is to bring about the destruction of the United States.

If we do not wake up Joe Six Pack, we will constitute soon comprise the last generation of America, as we will find ourselves living in the worst days of Mao's cultural revolution and all that this would mean! If the Harris administration is allowed to rule until 2024, Americans will find themselves living in a hell on earth and there are few elected officials who will try to save America. The curtain is coming down and we must act NOW!!!

We are now living through a Chinese brand of cancel culture. Congressional traitors, the MSM and the CHICOMS are coming with their version of the J stamp. DO NOT TAKE THE VACCINE AS THIS IS THE MODERN DAY J STAMP!!!

Our mission as long as we have voice is to educate the American people in order hat we are able to launch a counter revolution to the coup that has overthrown America. Make no mistake about it, you now live in an occupied country.

Read and weep, Amerika, then DO what wisdom dictates...

YOU KNOW ,UNTIL THE SLAVE MASTERS ARE TAKEN DOWN,AMERICA WILL CONTINUE TO FALL,THE PEOPLE OF AMERICA have never been told who they are in reallity,THE PRIVATE ARMY OF THE BANKERS,THEY were forbidden by the FOUNDING FATHERS,THEY HAD FIRST HAND EXPERIENCE WITH "STANDING ARMIES"..THE CHURCHES were GIVEN "THE FIRST AND SECOND AMENDMENT" TO ENFORCE FREEDOM AND LIBERTY"..they SOLD their job over to the bankers army to enforce it,and then lied to the congrations about who the countries FREEDOM HAD BEEN HANDED TO,THEY SOLD OUT THEIR SHEEP AND AMERICA,and TO THIS DAY,the people still believe the POLICE GANGS ARE THEIR PROTECTORS,and they all work for SATAN,AND HIS BANKERS..SATANS WOLFPACK.these devils are NOT hero's...

Just wanted to let you know I just purchased John Cruz's book: Whistleblower Blood money off Amazon. I also purchased Terry Cook's The Duke of Hell about 6 weeks ago. I always order the paper version because you just never know. Your podcasts do sell books, Thank You. Bob

and Kamela quickly following ~ Chinese attack or not THIS COUNTRY IS OVER! I could go on for many more spaces than 699 to explain that but why bother?

Hello Dave, Kamala Harris and great Joe will not be elected, however Michelle Obama could well run face for the 2024 election. There is good information circulating about it. There is no mention in your sources of the potential hidden forces that are Area 51, For my personal opinion, I believe there should be some restraints about this article, nowhere in these analyses is there any mention of secret research centers, I think of the quotes of Roswell, aer 51, the Nellis base, the Colorado Springs base etc.... and everything we don't know. So there is always a question about what might happen with what you don't mean!!!

What does it mean to be a modern day J Stamp?

In reply to J Stamp by Paul Slijker