Is Eating Bugs Really About Saving the Planet?

The United Nations and the World Economic Forum want us to eat insects. They've been talking about this for a while now, and with the farm-destroying land grabs currently underway, the food most of us are used to will be harder and harder to come by.

In 2013, the UN's Food and Agricultural Organization published a 200-page report touting insects as an underutilized food source. Since then, groups such as the Gates Foundation and the World Economic Forum have been trying to normalize eating insects.

The WEF has published many articles over the years detailing the benefits of eating insects. In Good Grub, published in 2018, they included this table about the relative environmental impacts of insects vs. our conventional protein sources. 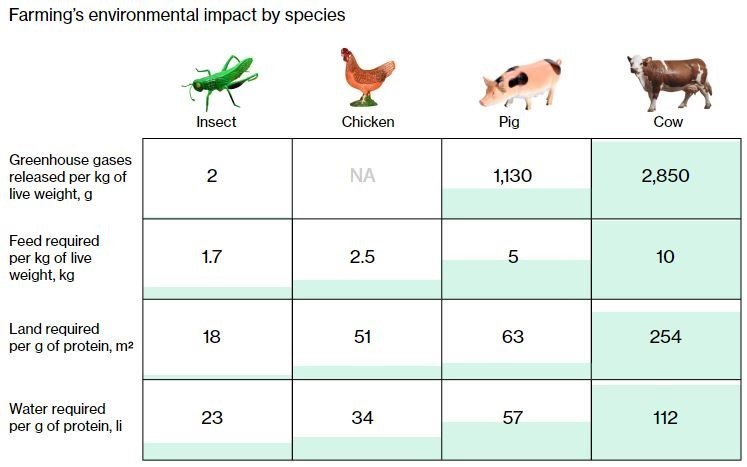