Architectural plans have been leaked to The Counter Signal, revealing Trudeau's sinister plans to weaponize the climate change agenda.

The Ministry of Environment & Climate Change Canada (ECCC) is building a new facility in Winnipeg that will be home to a firearms armoury, interrogation rooms, biological labs, media relations offices, "controlled quiet rooms," and intelligence facilities.

The plans, which were drawn up by a firm in Winnipeg, open a window into Trudeau's future plans for Climate Enforcement.

Down the hall from the proposed "Firearms Storage" rooms are several evidence rooms, interrogation suites, and adjacent recording rooms. 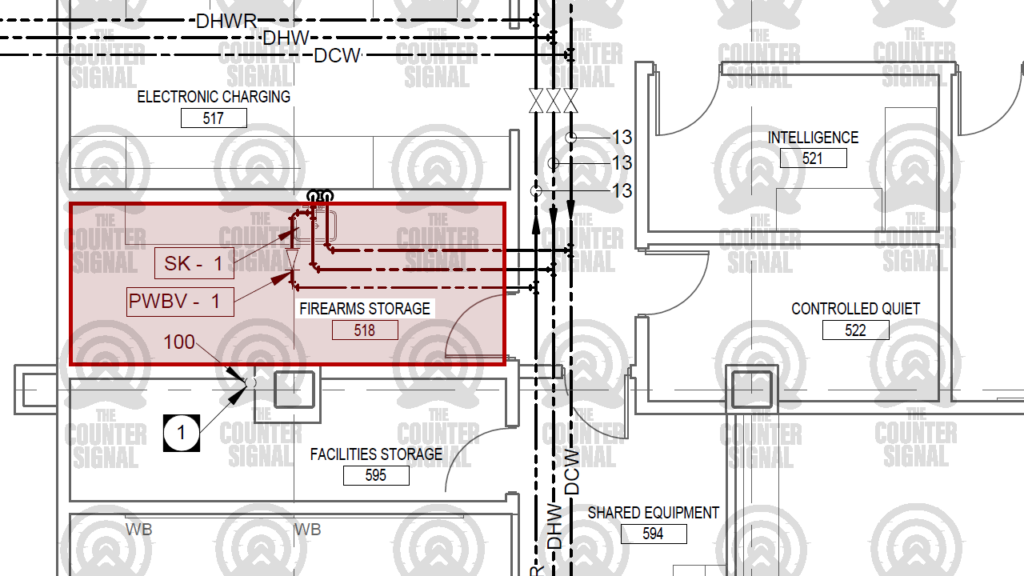 In Canada, they call them the "Climate Police" (and now in France). In the US, they call them "IRS Agents." One and the same - thugs with guns. It's no secret that western Canadian provinces are mostly conservative. Why not have a concentration camp in the middle of "enemy of the state" territory? As in Canada (it's not about climate), in the US it's not about taxes - it's about guns. Joey just said he wants to take them from you. This is happening at, to borrow a popularized term, Warp Speed.

Lines in the sand coming right up, Amerika.