As they say, a picture is worth a thousand words. Aaron Siri produced documents which show that the US Post Office is illegally holding packages suspected of containing Ivermectin.

The FDA is working with the post office to hold packages containing ivermectin. The FDA could better use its resources to, I don’t know, publicly release the docs submitted by Pfizer to license its mandated liability-free V earlier than 75 years from now! http://bit.ly/3oMU53S 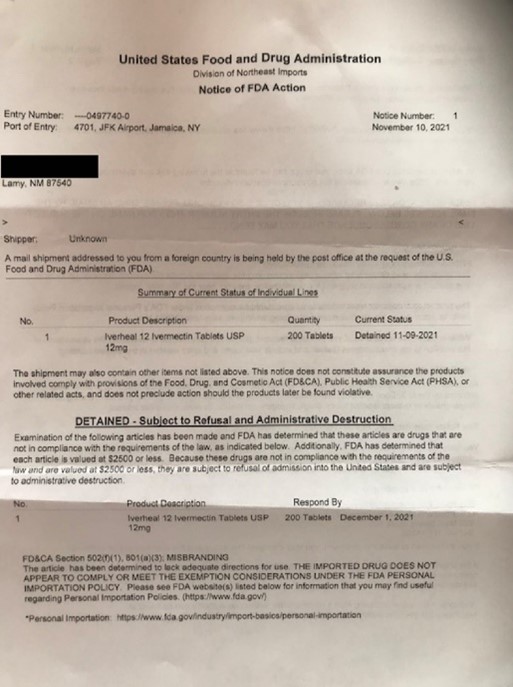 Good thing I ordered a stash…

Good thing I ordered a stash of ivermectin for myself a few months ago. I know of one site that was in America where I ordered HCQ from, got taken down - that's OK - I know of others. I'm a little surprised this hadn't happened sooner - but when there's a will for people like me to not be denied by a tyrannical regime, there's a way. Guess the FDA is looking out for its buds over @ Pfizer for when Pfizermectin makes it to market.

Send the Ivermectin by Fedex or another private carrier?

Thank you, Dave. This is bad news. But is the workaround just asking the provider to send the meds by Fedex or another private carrier?