We already knew that Democrats were playing the role of political low-lifes in fabricating yet another “scandal” involving President Trump, this time over a phone call he made to Ukrainian President Volodymyr Zelenskyy over the summer.

But now we find that, once again, the garbage mainstream media, which serves as the propaganda wing of the Democrat Party, dutifully played its role in helping to fabricating the story.

At issue are claims made by Democrats and their media allies that Trump improperly asked a foreign leader to help dig up “dirt” on a political rival — 2020 presidential contender and former vice president Joe Biden. This is pretty much what Biden and his boss, Obama, did to Trump via the “Spygate” scandal.

The reality is that President Trump mentioned to Zelenskyy that there was some scuttlebutt his administration was hearing that Biden threatened to withhold $1 billion in U.S. loan guarantees from a previous Ukrainian president if he didn’t fire a prosecutor investigating corruption tied to a company where Hunter Biden, Joe’s son, was being well-paid as a board member.

Biden’s guilt is not in question; he admitted as much during a forum last year sponsored by the Council on Foreign Relations and it was caught on video.

But that’s about it. He didn’t threaten to withhold military aid from Ukraine, as was reported (based on the word of an anonymous whistleblower who wasn’t even around when Trump made the phone call).

He didn’t repeatedly press Zelenskyy for assistance — eight times — as was reported by the same fake news media.

In fact, according to a transcript of the phone call released by the White House, nothing that has been reported that Trump allegedly did and said has been accurate. So what did the media decide to do next? (Related: BUSTED: Democrats accusing Trump of “treason” for asking Ukraine to help with Biden probe did the SAME thing to find dirt on HIM.)

The Democrat-aligned media is SO dishonest

They omitted some 500 words of text from the transcript to make it appear as though the president did what they initially said he did.

If you are reporting on the "favor" line from the transcript, without mentioning that the VERY next sentence is about wanting an investigation into meddling in the 2016 election...

...you are being misleading.

It's right here. Come on. 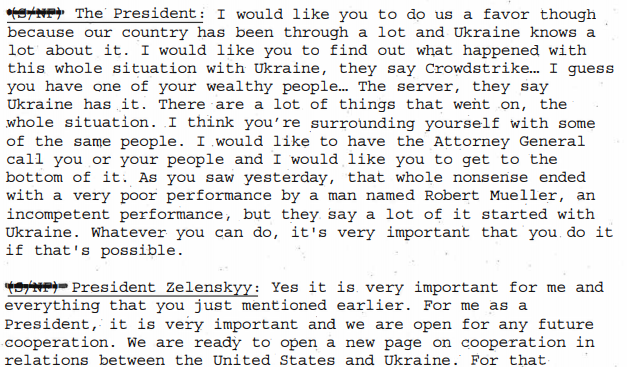 4,501 people are talking about this

How media edited the Trump-Ukraine transcript. 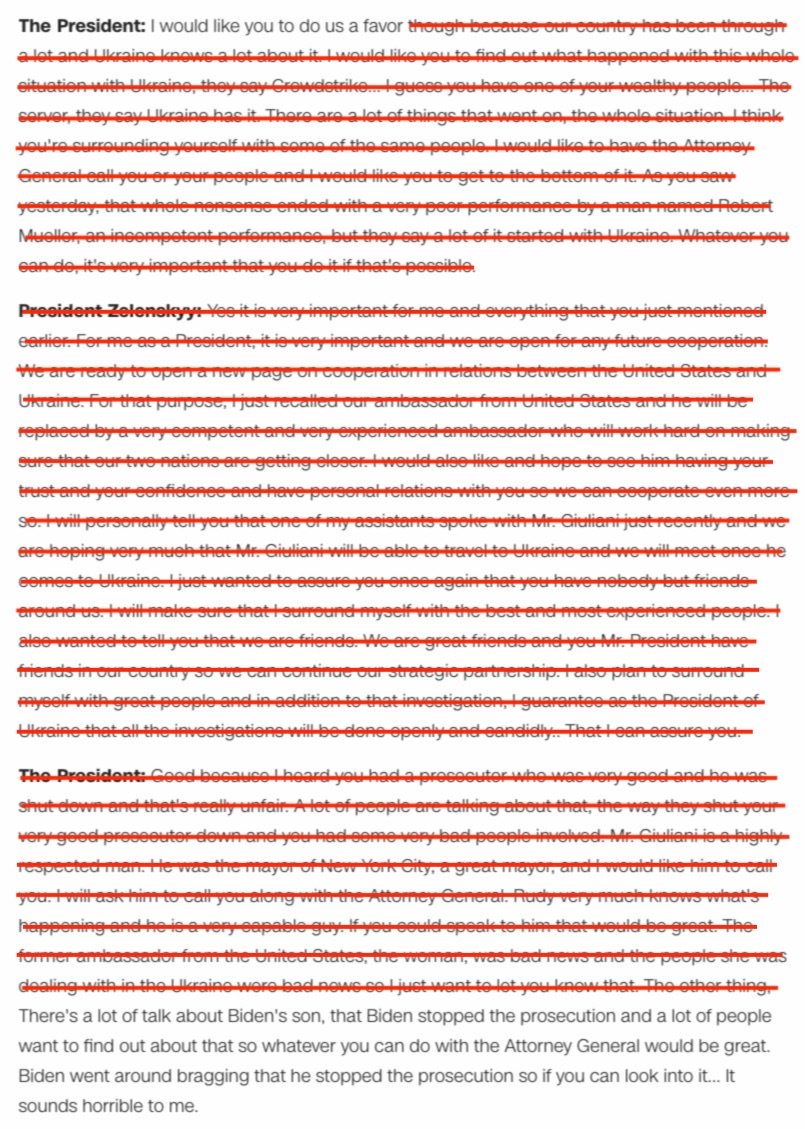 321 people are talking about this

Even Fox News anchor Shepard Smith mislead viewers when he reported on the transcript.

CNN just skipped right over it on air earlier this afternoon. 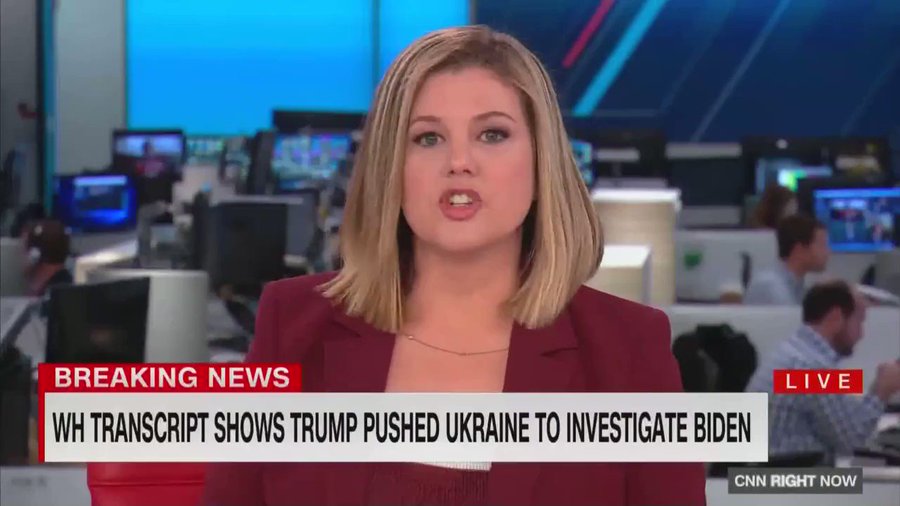 The "favor" was looking into 2016 election meddling. Not Biden. Why no mention of this? 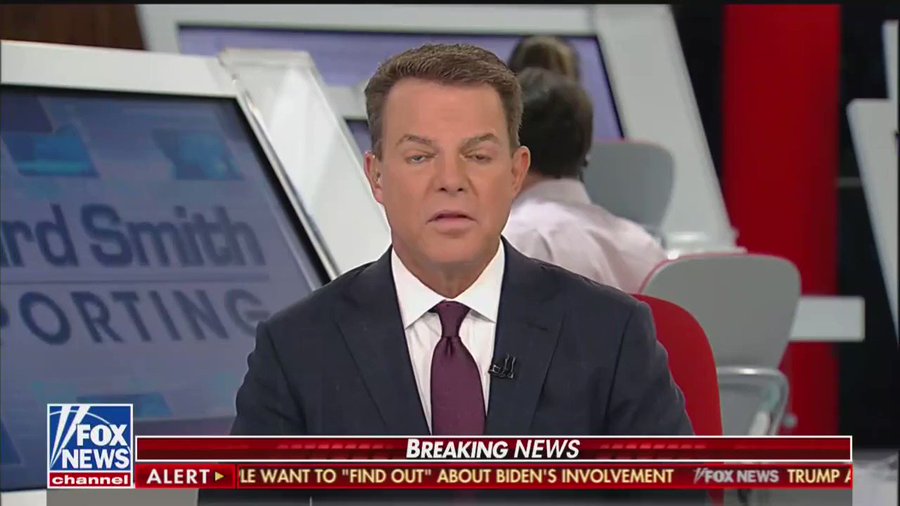 2,159 people are talking about this

In fact, that portion of the president’s conversation was centered around one objective: To learn more about Ukraine’s role in Spygate, which was launched by Obama and his administration to depose Trump and turn America into the world’s biggest banana republic.

Replying to @SteveGuest and 2 others

Because of course, MSNBC's Nicolle Wallace skipped over HUNDREDS of words to smear President Trump.

According to the transcript, the "favor" was about the 2016 election, not about Biden. 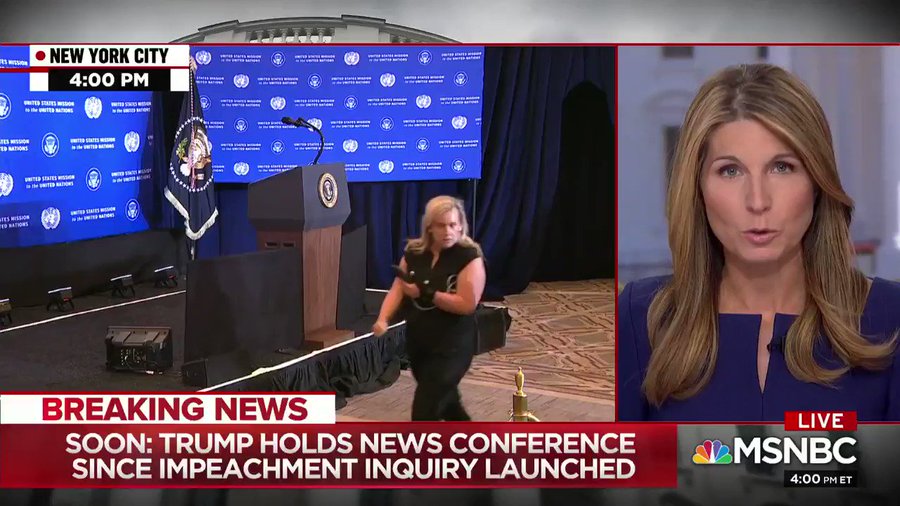 Again, this is not an accurate reading of the transcript. 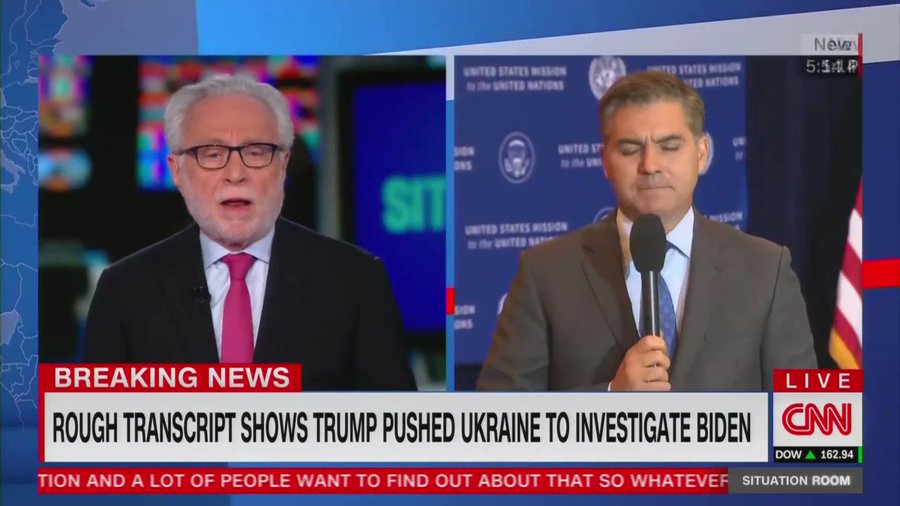 959 people are talking about this

The full portion of the transcript reads:

I would like you to do us a favor, though, because our country has been through a lot and Ukraine knows a lot about it. I would like you to find out what happened with this whole situation with Ukraine, they say Crowdstrike… I guess you have one of your wealthy people… the server, they say Ukraine has it. There are a lot of things that went on the whole situation. I think you’re surrounding yourself with some of the same people. I would like to have the Attorney General call you and your people and I would like you to get to the bottom of it. As you said yesterday, that whole nonsense ended with a very poor performance by a man named Robert Mueller, an incompetent performance, but they say a lot of it started with Ukraine. Whatever you can do, it’s very important that you do it if that’s possible.

However, as The Federalist notes, mainstream outlets like CNN skipped some 540 words after “favor” to connect it with Trump asking the Ukrainian president to “look into former vice president Joe Biden and his son Hunter’s” very suspicious business dealings with a Ukrainian gas company that was under investigation.

CNN actually reported on-air: “I would like you to do us a favor… There’s a lot of talk about Biden’s son, that Biden stopped the prosecution and a lot of people want to find out about that so whatever you can do with the Attorney General would be great. Biden went around bragging that he stopped the prosecution so if you can look into it… It sounds horrible to me.”

That’s quite a bit of difference — and dishonesty — by the media.

Anybody who takes the media…

Anybody who takes the media's word for it that President Trump committed an impeachable offense without researching it for themselves, is a stupid friggin' idiot.