The Plot Which Culminates In a "President" Hillary Clinton Reign of Terror, Moves Forward

I previously wrote an article last week in which I detailed that the way was being paved to install Hillary Clinton as the President. Regardless of how Biden leaves office, Hillary will have a license to terrorize conservative America. In the previous article, I detailed how I feared that the Deep State might not just be content with removal of Biden under the 25th Amendment. I expressed the fear that Biden would be assassinated in a false flag assassination that would be blamed on Trump supporters and that would give the eventual President the "moral high ground" to persecute conservative Americans, including Christians as they would be labled as Domestic Terrorists.

FEMA Camps, or as Hillary called them in the 2016 campaign, "Fun Camps" would be used to placed perceived dissidents as remote co-conspirators in the action against Biden. In the previous article, I also mentioned that gun confiscation would rear its ugly head as this event would provide the convenient excuse. For the record, I do not favor any such plot and Biden must be removed from office through the legal process (eg 25th Amendment).

In the previous article, I speculated, based on known facts, that Hillary would ascend to the Presidency through 2 distinct developments. Everything that has happened, as I documentned is falling into line.

in a future article, I will document how the process to remove Kamala is progressing, but only after she is the "temporary President."

In this article, I want to detail Hillary's proclivity to put any dissident in a FEMA (ie Fun) camp as previously labled by the would-be President.

Hillary is capable of severe heinous acts that might even make Stalin and Hitler envious. I see Hillary on a level with Mao. Even Ron Paul expressed great fear about a Clinton presidency. Ron Paul called Hillary Clinton pro-Fed and pro-War, and these two traits may represent her strong points. I feared Hillary Clinton on many fronts, however, I know that if she secures the White House people like me are going to be taking a vacation. Do you remember the comment Hillary made when she said during the 2016 campaign that “Everyone Should Take a Fun Camp Vacation”?     She was NOT joking!!! Some may take Clinton’s “re-education” remarks couple with her thinly veiled FEMA camp remarks to be nothing but Hyperbole, however, I took these threats personally and seriously. For anyone who has studied this sociopath, we all know she is not joking and will stop at nothing to get what she wants. Just ask Vince Foster.

I have a homework assignment for you America before you read the next section. Please use the index (search component) for the CSS and research two items: (1) Executive Order 13603; and, (2) FM 39.4). In these documents you will find the blueprint of a Hillary Presidency. In the next article in this series, I will be detailing how Hillary will use both of these actions against the Aerican people.

Who Are the FEMA Camps REALLY For?

REX 84 et al demonstrates to the American people that FEMA (ie Concentration) Camps exist in great number. In fact, as this article will review, temporary FEMA camps were created using shopping malls, school and stadiums in anticipation of Hillary's 2016 Presidential election. For Hillary's takeover of the White House, which I expect will happen in advance of the 2022 election, Hillary will be making good on her 2016 "Fun Camp" promise.

Nothing happens in isolation, and in the context of the martial law drill, Jade Helm 15, it was quite clear that DHS and FEMA were preparing for mass detentions in numbers which would greatly exceed the estimated 800 FEMA camps currently in existence. As an aside, do you remember when FEMA was cornered with proof as to the existence of FEMA camps and they said that they would only be used in the event of a mass immigration event due to an external cause? Well, we know this is a lie because we have and still continue to experience mass immigration. Some demographers estimate the number of illegal aliens residing inside the United States is between 30-35 million and this administration continues to allow the inflow to continue, unabated as former President Obama kept pushing for wholesale citizenship and this action has greatly accelerated under Biden. None of these immigrants are ending up in FEMA camps, nor should they. Our government and our corporations want illegal aliens here. Not one illegal alien has been put in a FEMA camp. When one of these people commits a crime, they are typically deported to only enter the country again. Yes, this is how much this administration loves you, the middle class American. The FEMA cover story that FEMA camps were built to house illegal aliens is laughable. So, why are these guard towers being built into architectural genre of our malls and schools? Simply put, mall and school conversions is a quick and convenient way for the Deep State to exponentially increase their incarceration capacity. This is a trend that started in about 2014 and contues to this day.

In September of 2011, Simon Properties, the largest owners of malls in North America inked a deal with DHS to allow their malls to be used as detention centers in times of “national emergency”. shortly after that, the NFL, the NBA, Major League Baseball, and the NHL all signed agreements with DHS to all their facilities to be used for national emergencies. The conversion of new mall construction to be more incarceration friendly increased dramatically. Look at these photos that I obtained in 2015, during the early days of Jade Helm. The plot to incarcerate conservative Americans into concentration camps is a long-standing plot and UN/Chinese help will be enlisted and this point will be covered in a future article.

Here are examples of what has been and is still going currently going on with regard to mall and school conversions to FEMA camps. Look at the plethora of guard towers that have been constructed in relation to existing malls, new malls and schools.Many archtiechs that I have question about the utility of this practice tell me that the practice is not appealing to the eye and is very expensive.  Look at a few examples of photos that I previously published in during Jade Helm 16. 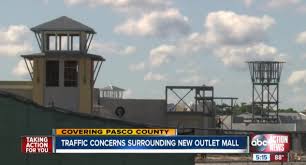 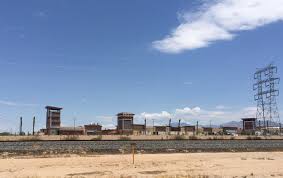 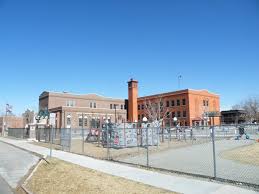 These are some of the monuments that Obama left behind for a would-be Hillary presidency.. With EO 13603, mass slavery for America, and FM 39.4, Hillary had all the tools at her disposal to complete the job of subjugating America and removing all Constitutionalists, permanently. Fortunately, Trump provided a 4 year stay of execution.

Now, bring in the CHICOMS and complete the purge!

This will be the epitath for America and central theme of an assumed control of the Presidency by Hillary.

“If you tell a lie big enough and keep repeating it, people will eventually come to believe it. The lie can be maintained only for such time as the State can shield the people from the political, economic and/or military consequences of the lie. It thus becomes vitally important for the State to use all of its powers to repress dissent, for the truth is the mortal enemy of the lie, and thus by extension, the truth is the greatest enemy of the State.”

How Hillary will execute EO 13603, FM 39.4 and the NDAA provisions designed to rid the Deep State of as many conservatives as possible, will be detailed in the next installments in this series. I will provide a hint here. Think virus, choose a variant, any made-up variant, and look at New Zealand and Australia and you will have some idea of what is coming. Only our version of concentration camps will be far worse!

They started with the sars…

They started with the sars than meirs viruses along with h1n1, h1n2,ebola, pox and more. These monsters know no boundaries and will not hesitate to kill you on direction. That you have the 35,000 or so Chanel guillotines squirreled away on some abandondoned military bases out west. What are we to conclude? Know this.....there is a coterie of people in this country who seek to see you dead. Make no mistake about it. Money is their God and conscience, decency, and community do not matter to these enabled pieces of you know what. Get ready for the main event as it is closer that you think. If they think they can deprive you of you God given rights, give them an instant ticket to hell for letting them crap on you will be only to your demise.

Chief Justice John Marshall wrote in a decision, the US is “constructed on the principle that the Supreme Power resides in the body of the people”. In order to enforce this, the Founders instituted Article I, § 8, Cls. 15&16, and then the 2nd amendment so those 2 clauses would remain in affect. This seems to be lost to many of the people who write these articles and profess to be patriots. The power of the sword, that is the power to indict, arrest, and prosecute were abdicated by the people, and now we haven't an inkling as to the proper construction of our rule of law.

Does Florida and Texas have fun Fema camps?

ATF now says 700 million guns in circulation. What makes them think everyone will go into the night quietly?

Goebbels was warning the people of the Al lies the nature of their governments, just like he repeatedly warned the people (Germans)of East Prussia and Upper Silesia to get out before the Red Army arrived. Those who heeded the warning had a good chance of survival. Those who dismissed it as "propaganda" met a fate worse than death, especially the women over 8 years old.

The Yavapai County Preparedness TEAMS are READY for this kind of Crap! We have more former and current Military and Former Military People here than any County in the State of Arizona. I'm a Retired Commander of SEAL TEAM 4, I Know most of every County, and City Police Officer Here!!!! I was your PPD at the Yavapai Rising meeting about a month or so ago. You have my number if you need me or my Team of very highly qualified members! They will never, EVER, take OUR COUNTY! God Bless you for what you do and continue to do! Commander Donald Armstrong 928-379-4620

In reply to YCPT IS READY! by Donald Armstrong

CDR Armstrong, absolutely no disrespect as I was military as well, but declaring this information publicly like this has now made you a target and knowing what you did and trained for, they will make you their first target, wanting to take you out first so you are unable to help others. This info needs to be secretive but to only select people you know that you know you can trust and ONLY in secret! Remember to watch your six...and twelve...and nine...and three lol!