Schools Are Not Interested In Education, but Indoctrination, Serfdom, Perversion and Ultimately Incarceration

How many of you think that your child's government school is only a source of teaching perversion and are beginning to serve as grooming centers for the pedophiles? Are you surprised? After all, didn't we just nominate a Supreme Court Judge who will happily serve as the guardian of the pedophile gate?

This article has two purposes:

The case for homeschooling has never been greater.

As the tyranny in this country keeps expanding in an exponential manner, the Independent Media is at the forefront of reporting these events, particularly as the relate to Jade Helm and the conversion of existing structures into potential FEMA camps. Meanwhile, the mainstream seems oblivious to what is going on. As usual, Fox is leading the way in bringing its dwindling audience the latest and most up to date information about the impending fall of America. Except, they do not seem to know what they are talking about. However, FOX and CNN are clueless when it comes to the conversion of malls to FEMA camps and that the owner of these malls, Simon Properties, signed a DHS agreement in 2012 to allow for the conversion their malls to detention centers in times of "National Emergency".The independent media is ripe with coverage on how malls are either being retrofitted with guard towers, even closed malls, or the malls are being constructed with guard towers which stand out like a sore thumb. The new Twin Peaks malls is an example of this new type of architectural design.

No Shortage of Structures to Convert to FEMA Camps

You have to hand it to the globalists, they are indeed resourceful. They never seem to run out of places to use as FEMA camps. Did you know that your child's school is being used as a potential FEMA camp and DHS planned for this as early as 2011 under Obama!

Here is a primary source document copied here with the hope that we can wake up parents across the country. There is no misunderstanding what this about as this DHS questionaire was distributed to public schools across America during the Obama years.

Could the DHS document be anymore clear?  From this point on, the article adopts the posture in dealing with this topic that a picture is worth a thousand words.

People fight to get their kids into the schools in Park Slope, in Brooklyn, NY., which is jaw-dropping when one considers what these new “detention facilities” actually look like.  The photo below is a local elementary school in this district. The school looks more like Mexican or Turkish prison. Here are some random photos taken a small cross-section of schools from around the country in which the school looks exactly like a prison, and for good reason.

Some schools operate in the best interest of the student, some do not. Perhaps some people do notcare about sending their children to attend school at a facility which looks like Stalag 13. However, these parents should be disturbed about some of the activities going on inside of some schools.

Today, parents are not allowed to know what perversions are being taught to their children. Children are taught, if they are white, that they should be ashamed, because they are victimizing racists for which they should apologize. And if kids identify with being hetereosexual, shame on them? By the way...has your pastor said anything about this recently?

This is a high school 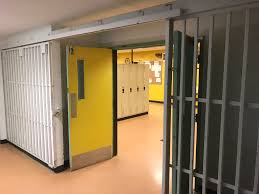 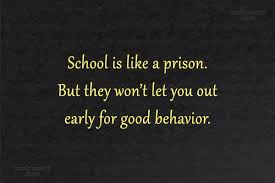 If you still doubt that the Left does not want to use schools as a control mechanism, then please search engine the story about Operation Mountain Guardian, in 2011, sponsored by who else? The Obama administration has laid nearly all of the framework for the police state we are entering! The lesson from Operation Mountain Guardian is not only will the alphabet soups kidnap your children from school, they will use the event to lure in their parents for possible final determination.

Not Only Does the Left Want to Imprison Your Child, They Actively Grooming your child

The plot to pervert your child is not new! Under Obama, the Senate passed ENDA which teaches children to glorify every historical sexual perversion which exists. Now we we have seen the manifestation into Disney, Netflix, and in our public schools. Would you have believed, 5 years ago that 5 year old children would be taught how to masturbate by their teachers as well the practices of being "gender fluid" as well learning about oral and anal sex! On the surface, ENDA appeared to protect a person’s right to self-determine their sexual preference, something that most people would not object to. However, the legislation demands complete acceptance and glorification for lifestyles which may be incompatible with certain religious teachings and family values. ENDA comes to us at a time when the North American Man-Boy Love Association (NAMBLA) begins to figure prominently into this picture. In the past, one of their trademark phrases was “sex before eight, or it’s too late”. I warned about this when it was passed, but the warnings fell upon deaf ears. This is an obvious attempt to remove the last perverted prohibition from our legal code as well as our societal safeguards to protect our children. Words cannot describe how sick and perverted these people truly are. And before you think that this could never become a reality, please consider that globalist, George Soros, gives money to NAMBLA. If that is not concerning enough for you please realize that Kevin Jennings, an Obama Department of Education official, has involvement with this group as well. Who is he?  Do some research. Now, we find major porttions of Biden appointees are transgender or deviate from the cultural norms of this country by a wide margin. Do you remember the recent appointment of the Assistant Secretary of Energy and his "passion" for dogs? Where is the national outrage against this abuse?

To significant extent, we are witnessing outward signs that some schools will be sued as FEMA camps. Additionally, some of the related goings on inside some schools is befitting the most perverse of prison environments, yet our children are not prisoners. Parents would be well-advised to stay abreast of the goings on at their child's school.

It might interest the reader that schools are indeed taking on a role which makes them an agent of DHS/FEMA. Look at the DHS/FEMA questionnaire which distributed to all schools across the country a couple of years ago. Look at the skill sets being asked for. In times of an emergency, some of the skills make a lot of sense. Some do not make any sense and they speak to the desire to turn a school environment into a long-term FEMA  camp environment and we need to be asking why?

From grooming to imprisonment to gross educational incompetence, why are your children still in government schools

DO YOU TRUST THE GOVERNMENT TO MEET YOUR NEEDS IN THE UPCOMING FOOD AND WATER SHORTAGES?

WATER WITH DAVE- Alexa Pure Pro Filter takes out 99.99% of all water contaminants!

WE ARE THE ONLY VENDOR WITH THE FILTER- REST ARE SOLD OUT!

WE WILL BE SELLING UNTIL WE SELL OUT!