The real story behind the Dems’ rush for impeachment has finally emerged. Thanks to investigatory work by Rudy Giuliani, we now know that prominent Democrats ran billions of dollars in money laundering, extortion and kickbacks through Ukraine, funneling cash to their own pockets through an elaborate network of shell companies and corporate fronts. (Source)

As reported by The National Sentinel, here’s what he found:

— One Ukrainian official produced official communiques and documents he says proves that Obama’s U.S. Ambassador to Ukraine and ‘impeachment witness’ Maria Yovanovich perjured herself during her hearing;

— Another, Victor Shokin, the former Ukrainian prosecutor general, described how then-President Petro Poroshenko came into his office and told him he’d better stop investigating Hunter Biden or the country would lose a billion dollars in aid, as Joe Biden threatened (Shokin was fired);

— There are dozens of inquiries open into possible misallocation of U.S. funds in Ukraine, with the U.S. Embassy’s involvement.

Doc’s showing she was denying visas to witnesses who could prove Biden & Dem corruption. 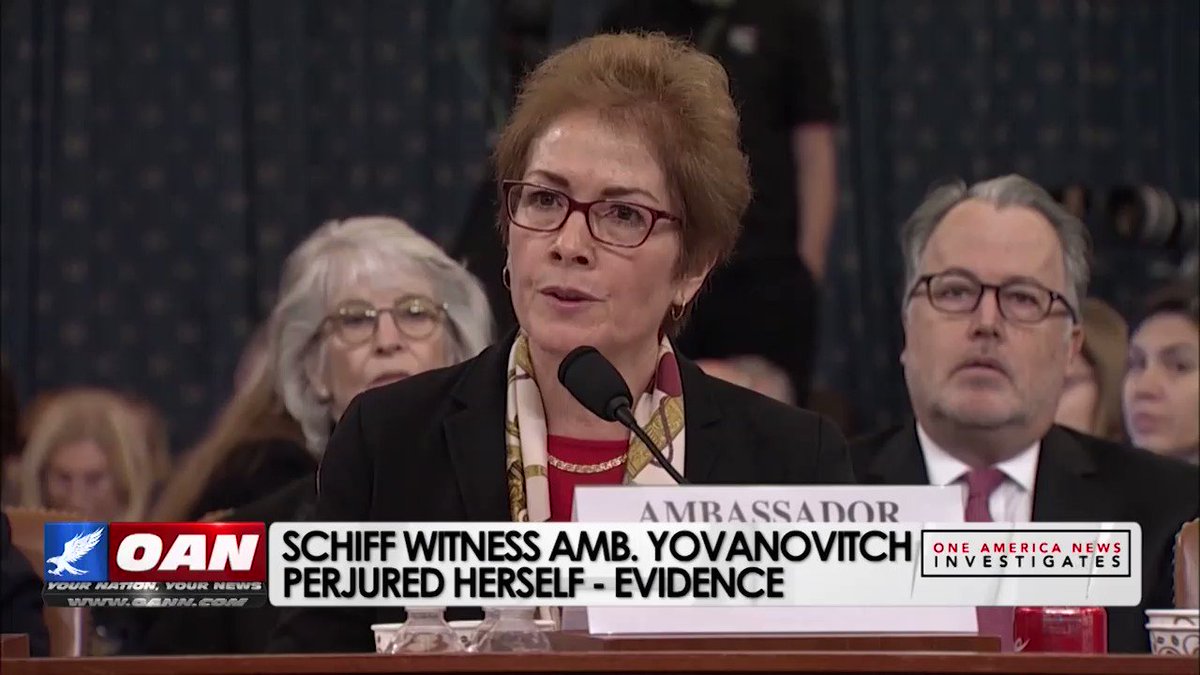 31.3K people are talking about this

As The Gateway Pundit adds:

Rudy revealed a huge money laundering operation involving the Bidens and Burisma Holdings. Money was flowing through Latvia and Cyprus disguised as loans to various tech companies then paid out as ‘board fees’ to Hunter Biden.

“That is a straight out violation of a money laundering statute,” Giuliani said.

Giuliani revealed that there is documents showing Schiff’s star witness, fired US Ambassador to Ukraine Marie Yovanovitch perjured herself at least twice during her impeachment testimony.

The Democrats launched a sham impeachment inquiry against President Trump because he was doing his duty to get to the bottom of Ukrainian corruption involving Obama-era officials and other Democrats.

The Obama administration and Democrats were using Ukraine as a conduit to launder millions, if not billions of dollars of US money back into their pockets.

After hundreds of hours & months of research, I have garnered witnesses & documents which reveal the truth behind this impeachment, which includes NO wrongdoing by @realDonaldTrump.

These threads only touch the surface. Read & watch all. More to come. 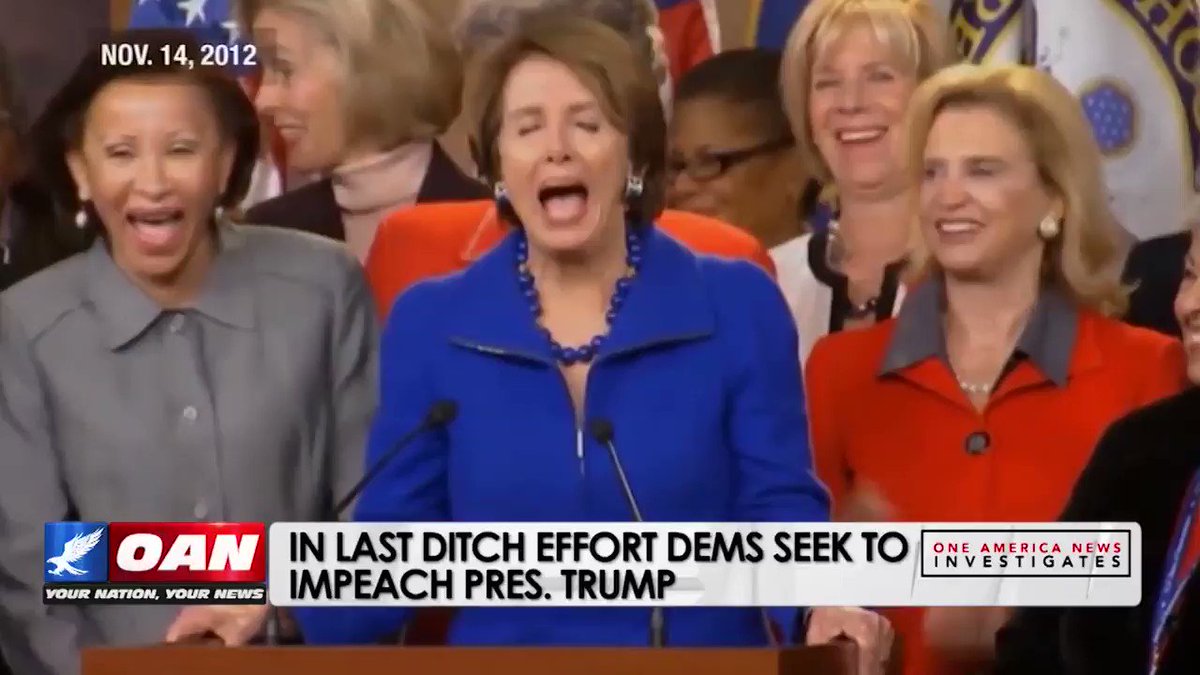 37.4K people are talking about this

Republican Senators on the take, too?

United States Senators have long been part of this looting operation, skimming from foreign aid funds which are redirected back to their own pockets in exactly the way Joe Biden and Hunter Biden orchestrated: Having a family member sit on the board of a foreign corporation and receive millions of dollars in “compensation” for doing absolutely nothing.

The $3+ million that was paid to Hunter Biden, it turns out, was originally part of the foreign aid money paid by the United States.

That’s why U.S. lawmakers are so supportive of this so-called “foreign aid,” because it gives them a money laundering / kickback opportunity to redirect a portion of those funds to their own pockets.

This is why the Trump presidency is seen as such a threat to the crooks, con artists and fraudsters who serve as United States Senators: They’re about to be outed as international money launderers and hucksters. Joe Biden is just the tip of the iceberg, too. Remember when Barack Obama engaged in massive international money laundering to deliver billions of dollars in physical cash (on pallets) to Iran? That, too, was part of a massive money laundering operation that kicked back funds to Obama’s political allies.

Proving that this practice is commonplace, Barack Obama recently received a $65 million cash payout deal from the very same book publisher that he awarded a $350 million government contract when he was president. (Or technically, to the parent company which owns that publisher.) As AmericanThinker.com writes:

And, of course, the Clintons famously received hundreds of millions of dollars in “speaking fees” from sketchy international players who believed Clinton would win the presidency in 2016. There isn’t a single sane person who actually wants to hear Hillary Clinton’s wretched mouth spew another stream of lies, so what was she really being paid for, then? It’s obvious: The speaking fees were bribes.

Trump threatens to bring down the whole house of cards

In the end, the impeachment of Trump isn’t about protecting democracy or any such lie being pushed by Nancy Pelosi. It’s about protecting the money laundering racket that’s enjoyed by nearly all high-level officials, both Democrat and Republican. The last thing they want is for proof to emerge that confirms what the American people have been thinking all along: That Washington D.C. officials and power brokers are crooks, criminals and con men. They loot the pocketbooks of the American people while pretending to be acting “in the national interest.”

Hogwash. As Joe Biden expertly demonstrates, it’s always about how they can squirrel away more money for themselves at the expense of others. And Trump must be silenced, because he’s stumbled onto what may be the most outrageous criminal money laundering scheme in the history of this nation.

This is why Trump deserves your support. Despite what else you think of him — and I’m not happy about his position on GMOs, for example, — Trump is the only person who is meticulously working to expose and tear down the entire criminal house of cards that currently rules Washington. It takes a true outsider to expose the deep-rooted corruption of a system that’s so rotten, no one inside the system can be trusted to investigate anything (Robert Mueller, anyone?). If we can keep Trump in the White House for four more years, he will tear into these fraudsters and crooks, exposing the whole damn thing.

And that’s the real reason why Democrats are rushing to impeach him.