In a Monday column for the Bearing Arms website, Cam Edwards poignantly and appropriately asked, “What’s more effective, a ‘no guns allowed’ sign or armed citizens?”

In the wake of Sunday’s shooting at the West Freeway Church of Christ in White Settlement, Texas, gun control activists, including Moms Demand Action founder Shannon Watts, almost immediately jumped online to try to use the terrible tragedy to tweek [sic] Texas politicians and push for gun control.

.@KenPaxtonTX shouldn’t be shocked by the church shooting in White Settlement. As Texas Attorney General, he specifically made sure that guns are allowed inside churches in the state: https://dfw.cbslocal.com/2019/05/01/texas-legislator-law-guns-allowed-churches/ … #txlege https://twitter.com/txag/status/1211348939737317376 …

Some Texas Legislators Want This Law Made Clear: Guns Allowed In Churches

Texas Attorney General Ken Paxton determined licensed handgun holders can legally carry in places of worship unless given "effective oral or written notice" or warning that weapons were banned.

We are shocked and saddened to hear reports of a shooting at a church in White Settlement.

As reports come in, please pray for any victims and their families, this congregation, and the law enforcement officials at the scene. My office will assist in any way needed.

3,149 people are talking about this

Watts complained that Texas Attorney General Ken Paxton “specifically made sure that guns are allowed inside churches in the state.”

Actually, Paxton, as AG, doesn’t have the authority to simply declare that churchgoers can be armed. It took legislation; it took Gov. Greg Abbott’s signature.

It’s a good thing, too, because another church in Texas was attacked by a lunatic carrying a shotgun over the weekend, but he didn’t fare so well specifically because some church attendees were carrying concealed weapons.

And they dealt with the crazed shooter quickly and decisively, so he couldn’t kill scores of innocent people.

“Does Shannon Watts really believe that if guns had been banned from churches in Texas, the killer who opened fire in the sanctuary would have decided not to bring his shotgun inside the house of worship?” Edwards asked.

Obviously she does think so. And you know who else does? Former Vice President Joe Biden, now running for the 2020 Democratic presidential nomination.

In September, Biden made comments to a gaggle of reporters to express outrage over Abbot’s signing of legislation that gave back lawful gun owners their Second Amendment right to keep and bear arms even inside a house of worship.

WATCH: Joe Biden attacked the Governor of Texas for allowing church-goers to carry weapons just a few months ago 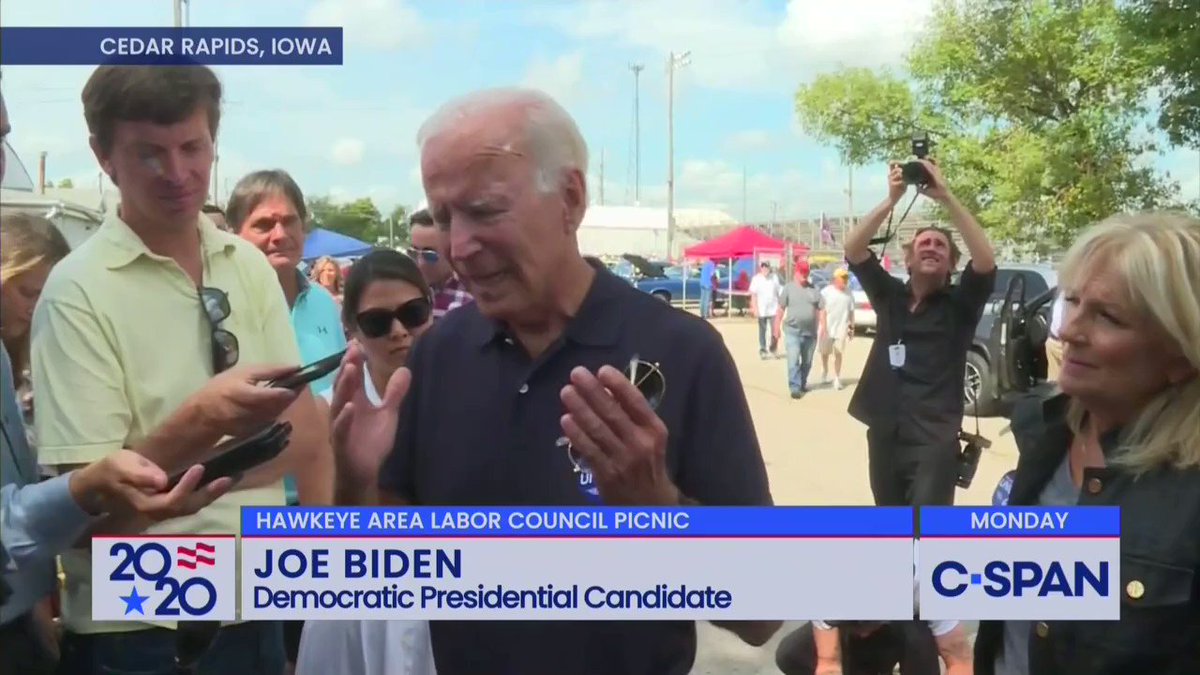 4,367 people are talking about this

“Dealing with firearms, it is irrational, with all due respect to the governor of Texas, irrational what they are doing,” Biden told reporters on September 2. “On the very day you see a mass shooting … and we’re talking about loosening access to have guns, to be able to take them into places of worship, it’s just absolutely irrational. It’s totally irrational.”

Trump is giving us our rights back if we want them

No. What’s ‘irrational’ is allowing Democrat (and some Republican) politicians to routinely defy the Second Amendment’s “shall not be infringed” clause to take away our right to keep and bear arms. (Related: Texas church killer a devout atheist who liked CNN and other anti-Christian media outlets.)

There is no wiggle room in the Second Amendment for gun bans, gun control, gun restrictions…period. None. And yet, we have scores of federal and state laws on the books prescribing when and where we can keep and bear arms.

As to the Texas law that proved effective at saving lives on Sunday, state lawmakers who ensured that their citizens wouldn’t be victimized by people who have no respect for houses of worship spoke up.

“We have learned many times over that there is no such thing as a gun free zone. Those with evil intentions will violate the law and carry out their heinous acts no matter what,” Texas state Senator Donna Campbell, co-sponsor of the bill, said in a statement.

“It makes no sense to disarm the good guys and leave law-abiding citizens defenseless where violent offenders break the law to do great harm.”

She’s exactly right. And yet…Biden, who wants to be president, says ensuring Americans can take full advantage of their Second Amendment rights, no matter who they are or where they are, is “irrational.”

If anything, President Trump — in his campaign against the deep state and his ‘America first’ domestic policies — is reviving the revolutionary spirit of our founding fathers. It’s about time; he’s the right president at the right time. Our rights have been trampled, infringed, ignored, and legislated nearly out of existence over the course of the past 100 years.

It’s time we took them back, and Trump is giving us the opportunity to do so.

We’d better, because there isn’t another presidential hopeful like him on the horizon.

This beggs the question, how…

This beggs the question, how did this situation in Virginia get so urgent? It seems to have transpired almost overnight! Seriously, I cannot seem to get a handle on the facts since info on the web is so fragmented. Please, somebody explain how it is possible that the Governor of Virginia, a known idiot, has the right to give an ultimatum about having two weeks to give up your guns or face roadblocks? What, if any, laws were passed giving him the right?

To HELL with Joe Biden (you sensing a pattern with me this morning Dave?)

BIDEN HYPOCRITE but we know this

I recall when he was VP he said he took his wife to the balcony and showed her how to use a rifle to gun down anyone approaching the house.

They don't want "the deplorables" aka Christians, Conservatives, Trump-supporters and some others to have defensive weaponry. Wake up, connect the dots, and shake off the passivity that will lead to horrible suffering and premature death. Censorship and gun confiscation precede genocide. So does self-serving cognitive dissonance. Tick tock, tick TOCK!