As the 2020 elections approach and it becomes more evident that President Donald Trump will be reelected, Democrats are working to solidify their current political strongholds as though they are in any danger of losing them in the first place.

That includes Los Angeles County, a deep blue spot in deep blue California that you’d think Democrats wouldn’t have any concerns over losing.

Apparently, they do — otherwise the party wouldn’t be working to rig future elections in their favor.

As reported by Naked Capitalism:

No doubt Los Angeles County’s VSAP (“Voting Solutions for All People”) rollout will not be covered as a debacle. The real question is: If there were a debacle — like, say, a case of election fraud — would we even know? Doubtful. Just what we want in a voting system!

Specifically, this is an all-electronic system that shuns paper ballots and even public counting of ballots. What’s to fear there, especially if Democrats are running the show?

“The concept system features touch-screen technology with a simple user interface, both audio and visual output and a built-in scanner, printer and ballot box. The new voting system will provide voters with options to scan in QR coded ballots from their phone, enter their ballot choices in-person at the polling location or vote-by-mail with printed ballots,” says a Design Concepts page explaining how the system will work.

And, as Naked Capitalism points out, there will not be any paper ballots available at polling places; if LA County voters want one, they’ll have to obtain it through the mail.

They’re even calling this a “voting experience.”

Pop-up Demo center at LaCrescenta Library. You can interact and use the new ballot marking device! 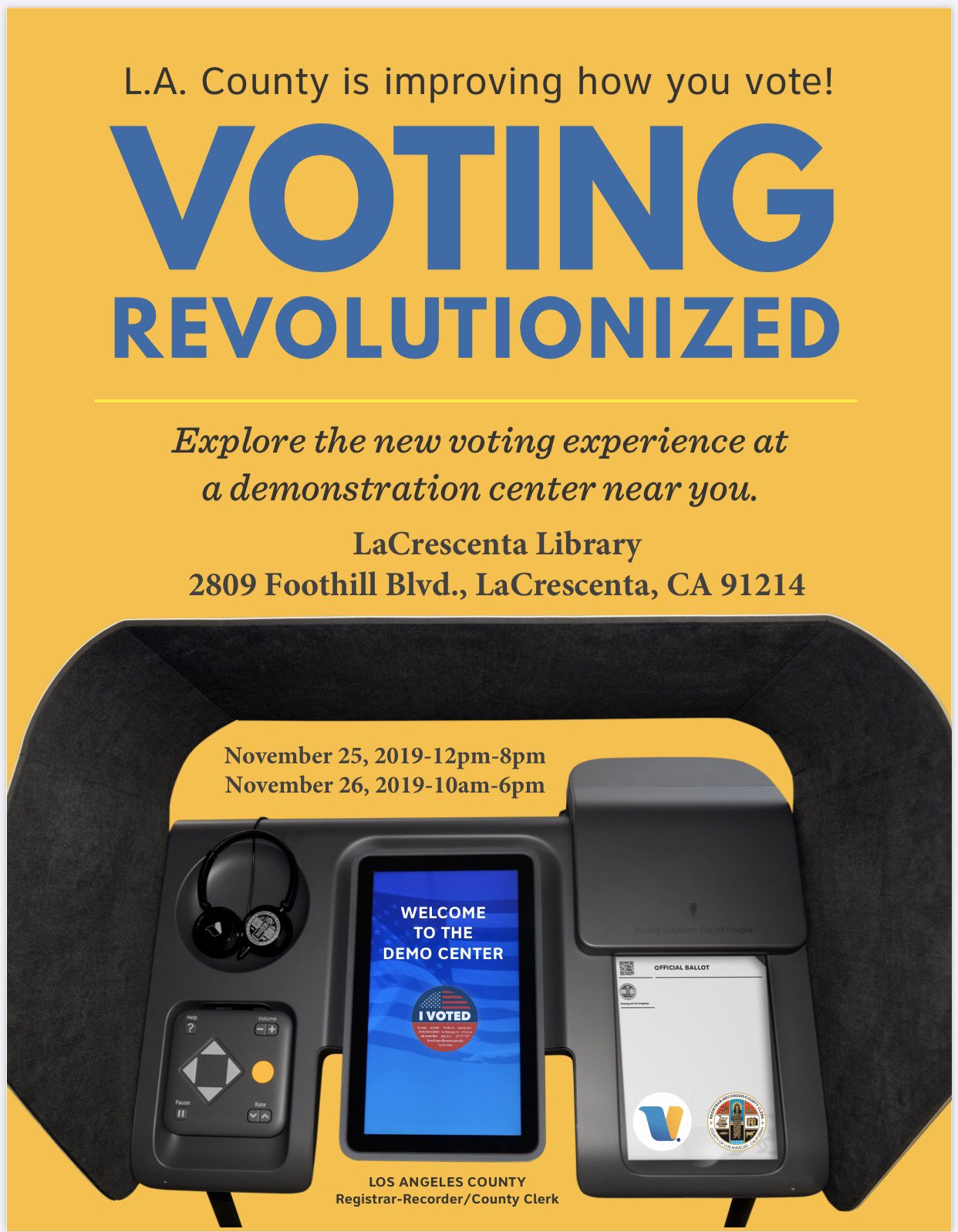 In fact, America doesn’t need more electronic balloting as part of an unaccountable process of tabulating votes. We’ve seen how this works in practice when it comes to Democrats: They cheat. It’s just what they do. And worse, they justify their cheating as somehow ‘protecting democracy’ and ‘defending the country,’ an arrogant position to take as it assumes that Republicans, conservatives, and Trump supporters don’t have America’s best interests in mind.

Germany has a more trustworthy system of voting than America

And Democrats, we all know, have been busted time and again for voter fraud. As VoteFraud.news reported in November:

There are several takeaways from the election chaos that occurred around the country — in California, Arizona, Georgia, and especially Florida — last fall, but two of them are more important than all the others.

For one, it proves beyond any doubt that allowing the Democratic Left to gerrymander with election laws via sympathetic courts for years is finally paying off for the party of the donkey; and two, we saw a ‘dry run’ of sorts playing out ahead of the 2020 elections, should the Democratic candidate once again come up short against POTUS Donald Trump.

An essay entitled, “Democracy’s Gold Standard” by Brad Friedman in 2009 notes that in democracies around the world (yes, America is a republic but we have democratic principles interwoven through out our system) paper balloting and open, transparent counting are techniques that instill the most trust in elections.

He noted further that Germany’s highest court found “that secret, computerized vote counting was unconstitutional” — under the constitution America forced a defeated Germany to adopt following World War II. Apparently, such a system is good for Europe’s richest and most powerful country but not ours.

Transparent voting and, more importantly vote counting, is as vital as ensuring that voter registration rolls are up-to-date. Democrats have reportedly used outdated lists as a means of generating votes from names on those lists even if they have moved away or died.

There is nothing more sacred to Americans than the right to vote. When Democrats aren’t trying to expand those rights to non-citizens, they are working to cheat the system so they can win.

If Trump loses the 2020 election, it'll be because he failed to address the massive voter fraud that gave the Democrats the House last year.