(Exclusive Natural News report via Alex Jones at InfoWars.com) – The President’s unscheduled stop at the Walter Reed military hospital on Saturday involved a battery of tests to determine whether the President was exposed to a chemical agent that is suspected of being introduced into his food, says a White House connected source who shared detailed with Alex Jones of InfoWars.com.

“Medical staff at Walter Reed did not get a staff-wide notice about a presidential visit to the medical center in Bethesda, Maryland, ahead of Trump’s arrival, according to that source,” reports Fox59.com. “Typically, Walter Reed’s medical staff would get a general notice about a “VIP” visit to the medical center ahead of a presidential visit, notifying them of certain closures at the facility. That did not happen this time, indicating the visit was a non-routine visit and scheduled last minute.”

This action was initiated by the sudden onset of symptoms experienced by the President’s food tester, who was reported stricken with such severe symptoms that urgent medical tests were conducted on that that person while the President was diverted to Walter Reed for a priority medical examination involving a battery of chemical tests.

“The President’s motorcade drove to the medical center unannounced, with reporters under direction not to report his movement until they arrived Saturday at Walter Reed.,” reports Fox59. “A separate source familiar with the situation described Trump’s visit as ‘abnormal,’ but added that Trump, 73, appeared to be in good health late Friday.”

According to the White House connected source who spoke directly with Alex Jones, chemical testing confirmed the presence of a molecular byproduct of a potential toxin, although it is important to note that molecular byproducts can come from many different sources and it’s not always possible to determine the molecular structure of the original molecule from which the byproduct was derived.

The President is reportedly fine and did not experience the same symptoms that are reported to have overcome the food tester.

We currently do not know the condition of the food tester. No additional details have been made public about which tests were conducted on the President and what chemical byproduct was found.

Alex Jones told Natural News that he believes this incident may have been a deep state attack using an exotic chemical poison with a delayed activation signature. He underscored, “the importance of people understanding that we are in the climate of civil war, and this kind of attempted poisoning is par for the course, historically speaking, when they want to take out a leader” and make it appear to be death by natural causes.

InfoWars had previously reported that Roger Stone survived an attempted poisoning, and that deep state operatives who had infiltrated the White House were poisoning the President’s water in an effort to impair his cognitive function and energy.

InfoWars’ Millie Weaver reported today that this U.S. Secret Service agent who died from a stroke in Scotland was also a food tester for the President. He was reportedly in good health before his sudden death.

“This is how power behind the throne always tries to take people out very quietly so that they don’t become martyrs,” explained Alex Jones during his InfoWars broadcast. “It is common knowledge there have been multiple attempts on the President’s life.”

In a recent speech at The Federalist Society, Bill Barr warned that the lawless Left is resorting to a troubling array of tactics in their effort to try to destroy President Trump and overthrow the Republic. From Barr:

Immediately after President Trump won election, opponents inaugurated what they call ‘The Resistance’ and they rallied around an explicit strategy of using every tool and maneuver to sabotage the functioning of the executive branch and his administration.

Now resistance is the language used to describe insurgency against rule imposed by an occupying military power. It obviously connotes that the government is not legitimate. This is a very dangerous and, indeed, incendiary notation to import into the politics of a democratic republic.

They essentially see themselves engaged in a war to cripple, by any means necessary, a duly elected government.

AG Bill Barr: "Immediately after President Trump won election, opponents inaugurated what they call 'The Resistance' and they rallied around an explicit strategy of using every tool and maneuver to sabotage the functioning of the executive branch." 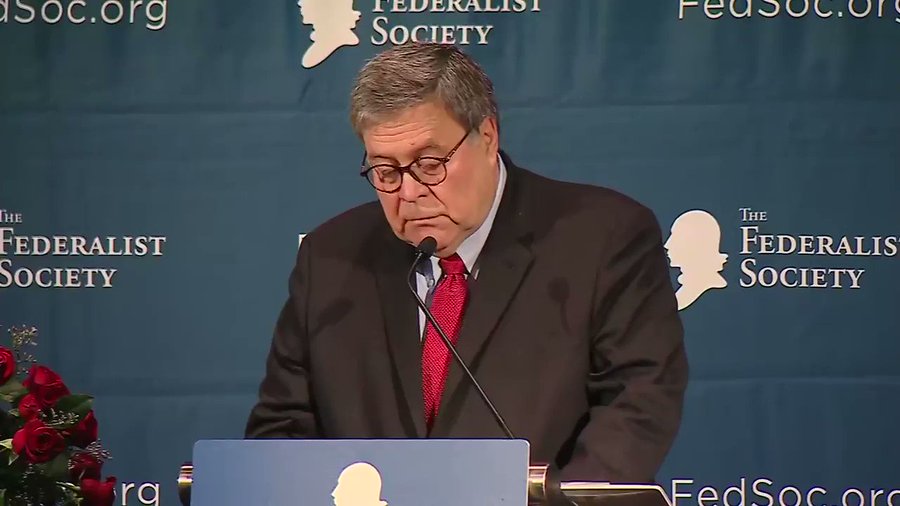 36.8K people are talking about this

To carry out chemical poisoning operations, deep state operatives have access to a vast array of chemical poisons with a wide variety of biochemical mechanisms. The fact that Democrats’ attempted impeachment of President Trump is rapidly collapsing — combined with the extremely disappointing lineup of Democrat candidates for the 2020 election — may have motivated anti-Trump deep state operatives to escalate their war to the level of carrying out an attempted assassination, Jones explained to Natural News earlier today.

It is becoming increasingly apparent to all Americans that the Democrats and the deep state work in concert, and that they abide by no laws, ethics or morality. There is nothing they won’t do, it seems, to destroy the President and seize power, even if it means carrying out a chemical assassination of the President. The entire impeachment fiasco, as a matter of fact, is the deep state’s attempt to overturn the will of the American voters and install their own leader who will protect the deep state rather than exposing it.

“You don’t want to assassinate Trump because it turns him into a martyr,” Alex Jones explained about the deep state’s methods. “So you kill him slowly or drug him with chemicals to make him act loopy so that you can remove him via the 25th Amendment.”

This episode follows President Trump’s recent activation of United States Marines reserve units as part of an urgent deployment that specifically named an “emergency within the United States” and ordered units to be ready to activate in response to “threats in the Homeland” that “will come with little or no warning.” The actual language from the order (emphasis added):

In accordance with (IAW) REF A, this MARADMIN provides guidance for the activation of Reserve Component (RC) Marines under §12304a, Title 10, U.S. Code, following a request for Federal assistance in response to a major disaster or emergency within the United States.  Requests for Federal assistance will come with little warning.  As required, the Marine Corps must rapidly mobilize RC units and personnel IAW this MARADMIN in order to respond to threats in the Homeland.

According to multiple independent media reports, the U.S. Marines remain loyal to the President even as other branches of the United States military appear to have been at least partially infiltrated by anti-Trump operatives willing to commit treason to overthrow our constitutional republic. Former President Barack Obama fired hundreds of pro-Constitution military leaders while installing hundreds of obedient globalist-leaning military “bureaucrats” into positions of influence within the Pentagon and various branches of the military.

Prominent left-wing influencers are now preparing America for the elimination of President Trump by calling for peace, ahead of their own left-wing plot to murder the President. Over just the last few days, left-leaning TV personality Bill Maher, who has for years spread malicious smears against conservatives, Christians and Trump supporters, suddenly claimed he was fearful of the possibility of a civil war, saying we all now need to “learn to live with each other.” Similarly, former President Barack Obama is now warning Leftists that they’ve gone too extreme, with their positions now being rejected by an increasing number of American voters.

These coordinated public statements are, of course, part of the radical Left’s attempts to control the narrative before they initiate a kinetic civil war themselves, likely by unleashing Antifa brownshirts onto the streets after assassinating the President to remove him from power.

A very large spontaneous uprising of pro-Trump patriots is likely to occur if the President is killed or otherwise removed from power. Millions of Americans have nearly reached the breaking point in terms of frustration with the lawless deep state, and those Americans seem ready and willing to defend their republic from the enemies of America who are operating from within.

All Americans must prepare for more attempts to assassinate President Trump or forcibly remove him from power. The coordinated conspiracy to overthrow the United States of America and criminalize conservatives has now spread across Big Tech, the left-wing media, elements of the Pentagon and the judiciary. Civil war seems imminent, and there appear to be no boundaries or limits to the desperation of the deep state.

I did check on youtube, and was surprised to find no further updates there. My thoughts are (!) you're busy chasing down further info, and (2) no news is good news. Now a tongue-in-cheek prediction: The poison will be a derivative of "Novichok" or "Polonium," and Hillary Clinton will try to deflect Deep State responsibility by blaming the Russians!!! Seriously, isn't attempted murder enough to get these (SQ-word) b*st*rds arrested!?!

"The President did not suffer the same symptons"

Reminds me of Mark 16:17 "And they shall drink poison and it will not hurt them".