Birx Shaking and Stammering, Says She Doesn't Know if Government Was Lying About the Jabs 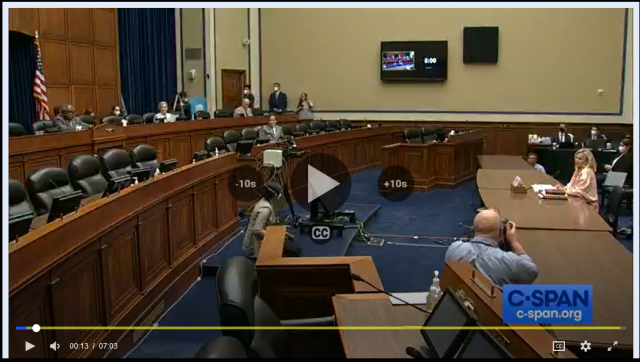 Looks like fear of the gallows.She testifies that she knew in December 2020 and January 2021 that people who were naturally infected with COVID-19 were experiencing reinfection based on data coming out of South Africa.She says that officials were likely "hoping" that infection or transmission would not reoccur once the vaccines came along, saying, "I think it was hope that the vaccine would work in that way."Then Jim Jordan asks her, "When the Government told us, told the American People that people who had been vaccinated 'Couldn't get it [COVID],' were they guessing or were they lying?"

Birx, shaking and stammering, responds, "I don't know. All I know is there was evidence from the global pandemic that natural re-infection was occurring and since the vaxxine was based on natural immunity, you cannot make a conclusion that the vaxxine will do better than natural infection."

In short, she admitted that they were lying.

Get on over to USAWATCHDOG and carefully read the article by Dr David Martin about 700 million to be DEAD by 2018 from the direct effects of the BIOWEAPON. There are many, many more people of SCIENCE who give DATA about the BIOWEAPON. Fleming, Merritt, Mercola, et many, many, many al. Due diligence from sources other than Pharma whores, please. It's out there.