You Cannot Make This Stuff Up: KLAUS SCHWAB IS RELATED TO THE ROTHSCHILDS

Fred Schwab was born in Frankfurt. In 1935, he managed to leave Germany. His wife, Marianne Rothschild, came from the town of Bad Homburg. After the 1938 Pogroms, she fled to the USA via Britain. The couple visited their former country as guests of the City of Frankfurt, to which they kept close emotional ties. Both returned often, met former classmates and spoke at schools. 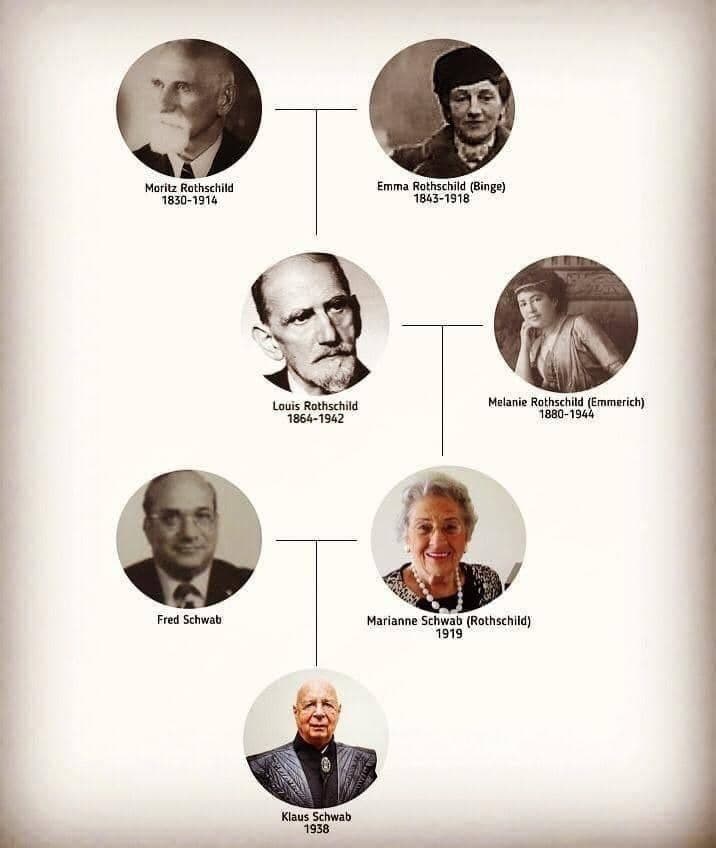 Klaus Schwab’s family tree, on his mother’s side

Their daughter Madeleine was invited by the City of Bad Homburg in 2013. She attended the opening ceremony for a deportation memorial in her mother’s home town. From here, her grandparents had been deported to the Theresienstadt concentration camp in 1942.

Fred Schwab: “We Need To Look Ahead”

SCHWAB IS RELATED TO THE ROTHSCHILDS

Why did I know this instinctively? It all makes too much sense. Of course he's a Rothschild.

What took you so long?

I have been looking over material at various web sites and then came to yours. I see that Eugen Schwab is listed as Klaus' father. He was born in 1899. Your article here with this family tree shows the name Fred Schwab, but no date under his photo. At the top of the article, Fred is born in 1935. So how can Klaus be born in 1938, three years later. What goes here? Something wrong here with who the father really is. I put my money on Eugen born in 1899. Time to correct this family tree. Am I missing something?