Ammon Bundy, saving America from its date with planned genocide.[/caption] The more that I cover the Trump administration, I am awestruck by how extensive and pervasive the Deep State has become. I have empathy for what President Trump is going through. That does not mean I will cut our President any slack, whatsoever. However, his task is daunting and seemingly overwhelming. The Deep State is running the FBI as well as most of the DOJ and America wonders why there is a distinct absence of the rule of law in today's America. When I was an undergraduate student I originally believed that Senator McCarthy was an absolute nut job. He was decidedly an alcoholic, but that did not mean that he did not have moments of lucidity. Senator McCarthy taught me the meaning of the quip "Just because you're paranoid, doesn't mean that they are not out to get you".  The US is indeed overrun with communists that reside inside of the Democratic Party. We are a nation that is having the Deep State's will imposed upon us. The following story is evidence of this last statement.

As previously reported on the CSS, at Shauna's invitation, we got together at a restaurant in Phoenix. We agreed to do a follow up interview when she returned home in about a week. In the interim, I received an anonymous and cryptic message to not pursue the Bundy affair. When I went very public with Shauna's revelations and my subsequent discovery of new facts, I was directly told in another communication that I was on "the list" in an obvious ploy to try and intimidate me.

Despite the threats, Shauna and decided to do the interview. We were very clandestine about the timing of the interview. At a time when I was to be the first to interview Ammon Bundy, my entire radio network at Global Star Communications was taken down. The network operates two independent satellites on the East and West coast. We have a listen by phone and a live stream. All communications were taken down at the exact same time Ammon was to come on the air. After covertly agreeing on a time and day to do the interview, we followed a script because we know that many new people have entered the fight against the Deep State since I first interviewed Shauna. 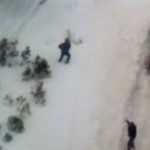 In the first segment of the interview, Shauna and myself went through the ambush and subsequent murder of Lavoy Finicum. We also discussed how the other occupants of the car were spared after they had been targeted for execution. In the second segment, we discussed the events at the hospital. The hospital was clearly set up to be a mass casualty event in anticipation of another Waco which is clearly what the Deep State as they were intent on sending a message. And just last week, I reported that the FEMA director had called the American people "cattle" and had told his regional directors that they will not be prosecuted if they use deadly force for noncompliance in emergency situations or forced evacuations. The President of the New California movement, Paul Preston, confirmed his knowledge of these events from his sources in a telephonic interview on Saturday. Paul and I are interviewing for the CSS radio show later this week. 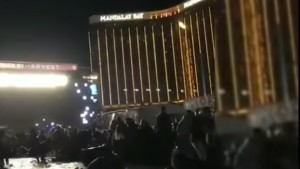 In the third segment of the interview, Shauna and I discussed the FBI's use of paramilitary personnel to give the FBI plausible deniability for the intent to murder the occupants in Lavoy's vehicle, the Bundy's and their colleagues at the Refuge. We also discussed the murders that were committed against hospital personnel to hide the fact that a mass casualty event was planned. Briefly, we discussed the link between the Vegas massacre and Lavoy's murder. We also discussed that the root cause of this tragedy was the Clinton Foundation's insatiable desire to steal uranium to sell to the Russians as part of the Uranium One scandal in which farmers and ranchers were forced to give up their land so the resources could be raped by the Clinton Foundation. This is the new America and Trump may be President, but the Deep State has not had to relinquish much control. Here is the interview.

Dave, They hate us for this. On ADSL I tried loading that page, Wethepeoplecommonlawgrandjury.com , twice and twice my internet was slowed from 93 KB/s to nothing for long enough to cause all Net-based processes - even my linux auto-file-save (meaning that it has been corrupted to use the Net) - to time out. Thanks for talking about this. Please, you and Shauna stay safe.
Inalienablewrights Tue, 02/05/2019 - 07:37

Dave, I pray for you, Shauna, your families and all the very brave Americans who risk it all reporting the truth. What incredible guts. Also, thanks for the info., Kurt. "Let us not love with words or speech, but with actions and in truth." (1John 3:18)