One thing has become abundantly clear to most reasonable, thinking Americans in lieu of the Wuhan coronavirus pandemic: The Communist Chinese government is not a force for good, cannot be trusted to do the right thing, and has no intention of playing by international rules and norms.

What’s also become blatantly obvious is that far too many international organizations kowtow and cater to the ChiComs, either out of fear or because they are like-minded authoritarians.

That is especially true of the World Health Organization.

The head of WHO, Ethiopian microbiologist Tedros Adhanom Ghebreyesus, did almost nothing to warn the world of the burgeoning outbreak that he and other members of his organization had to know was coming.

Instead, Tedros served as chief China propagandist, deflecting criticism of the ChiCom regime while covering for Beijing’s lies about how bad COVID-19 really was, where it actually came from, and what effects it had on humans.

The WHO, the United Nations, and any other global body that continues to bend to China’s will instead of being deferential to the world’s democracies, should be forced to reform or we should abandon them. And the sooner, the better.

As John Hayward at Breitbart News notes, it was good to see President Donald Trump call out the WHO and its director-general, Tedros, over it’s “China-centric” attitude while also threatening to withhold funding from the organization.

However, “we should be demanding specific measures to purge it of Chinese influence, beginning with a list of mandatory resignations topped by” Tedros, Hayward writes, adding:

WHO should also present an action plan for cleansing itself of Chinese Communist Party (CCP) influence, and every other international organization that asks for American funding should do the same. One simple step in the right direction would be banning anyone from a country that participates in China’s Belt and Road Initiative (BRI) from assuming top leadership posts.

The UN has never been any good at what it was designed to do, either

The BRI is a financial vehicle used by Beijing to ‘buy’ influence in other countries and in globalist organizations. Billed as an infrastructure investment initiative, what it really does is allow Beijing to exert undue influence over governments who often go into Beijing’s debt by accepting money for internal projects those countries really can’t afford to build. In exchange, China gets an IOU and ‘access.’ Also, most of the time the projects are built with imported Chinese labor.

But the United States also invests in countries, and we do so, generally speaking, with few strings attached. And even so, if there were requirements for our investment, we aren’t an authoritarian regime; our government stands for and promotes freedom and democracy, while China’s does just the opposite.

As for WHO and Tedros, Hayward argues — correctly — that he did more to spread the virus than contain it. Even into January, Tedros was shilling for the Chinese. He lavished praise on the ChiComs, and later, when governments like ours began slapping travel bans on China, Tedros criticized them as unnecessarily unfair and harmful to Beijing’s economy.

In mid-January, WHO tweeted: “Preliminary investigations conducted by the Chinese authorities have found no clear evidence of human-to-human transmission of the novel #coronavirus (2019-nCoV) identified in #Wuhan, #China.”

Preliminary investigations conducted by the Chinese authorities have found no clear evidence of human-to-human transmission of the novel #coronavirus (2019-nCoV) identified in #Wuhan, #China 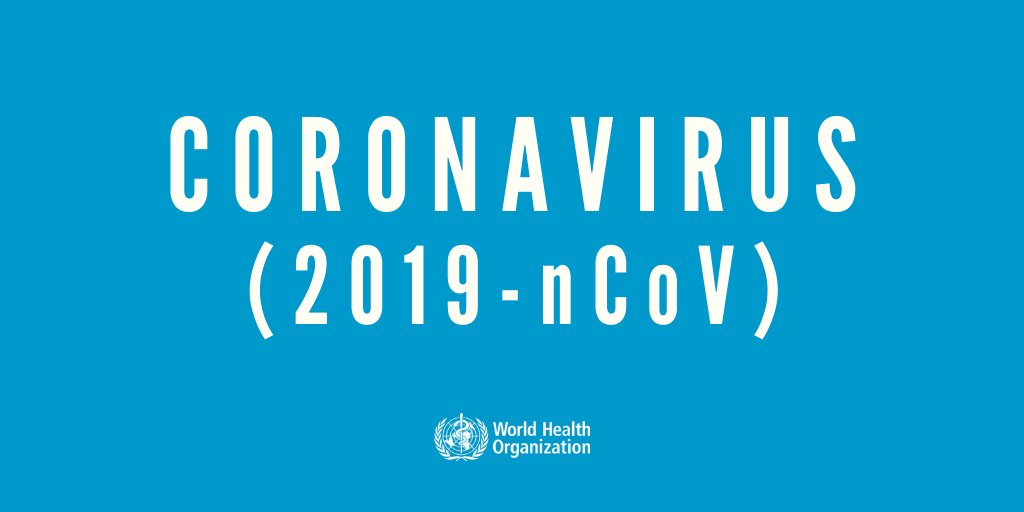 30.6K people are talking about this

What a load of you-know-what.

For the record, as The Daily Caller adds, lying about the means of transmission wasn’t the only one told by the Communist regime in Beijing. The government reported that the first cases of the virus were recorded in mid-December, but later, outside sources reported that Chinese health officials were documenting and tracking cases a month earlier, but failed to report it.

The UN has never been any good at what it was designed to do — serve as a world forum to prevent conflicts. And obviously, the WHO is being led by people who have more in common with tyrants than republics.

It’s time to abandon them both.

Organizations can't be purged IMHO. They need to be eliminated to cleanse them. And why in God's name would we resurrect a freaking health organization that is beholding to the United Nations!!!? Why Dave?