Transhumanism Has Opened the Gates of Hell-Steve Quayle and Dr. Tom Horn

In 1993, I met and befriended Vance Davis of the NSA. He became one of my most important mentors on how the world of intelligence worked. Among the most important things that Vance taught me was how a crucial part of his training would come to prominently play a major role in human history. Vance told me that his NSA training taught him that there was an eternal war in the cosmos that have been waging for eons.The war was between traditional good and evil and the ultimate prize of that war was the human soul. However, Satan and his demonic minions were unable to solve the mystery on how to destroy the soul, so they decided to destroy God's creation, mankind. This was in 1993, 25 years ago, and well before the coining of the term, transhumanism, but that was exactly what Vance was talking about.

Steve Quayle and Dr. Tom Horn are two of the world's foremost authorities on the topic of transhumanism. Through my relationship with Steve, I have a good working knowledge on the topic of transhumanism. From  Steve Quayle's book, Xenogensis-Changing Men Into Monsters, I learned about the perverse morphing of man into monsters as is revealed in scripture.  In the book of Revelation 9:1-21 we see another purpose of the tribulation: to unmask Satan’s true character. While in the future men will go to hell, in Revelation 9 hell comes to men and this is where transhumanism will come to play the dominant role in human history. Steve's book can best be described in the following words:

....Xenogenesis reveals a future of terror that will soon face human beings. Monsterous creations are being developed with secret technology in labs around the world. Xenogenesis is the production of an offspring entirely different from either of the parents, transformed though the addition of DNA from an alien or animal to the normal genetics of a human being. The results will be comic book super-heroes come to life, living creatures with mythical abilities unlike anything mankind has seen for thousands of years, and with inspired the ancient legends of gods and goddesses. This horrifying future targets God's original creation for corruption.... 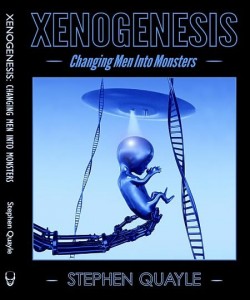 Thus, Vance Davis' 1993 warning comes to fruition. I strongly recommend reading this book as it provides the necessary history which describes how we got to the perverted place in history that we are presently in.

I recently interviewed both Steve Quayle and Dr. Tom Horn. Fortunately, God gave me the wisdom to hold my tongue and I got out of their way and let these two experts share their vast knowledge and information on the topic of transhumanism. In the final chapter of transhumanism, the participating globalists seek immortality and to permanently end God's creation, that would be us, the human being. During the course of the interview, Tom Horn and Steve Quayle repeatedly expressed the view, with example after example of how the technology to achieve Satan's final goal is here in the present time. As important as events like gun control, school shootings, World War III, the Deep State attempted coup against our government are, this is, without question, mankind's biggest challenge. The following two hour interview with Steve and Tom are two of the most important hours in the history of The Common Sense Show. I would ask that all Christians who hear this message, share this information far and wide like your lives depend upon it, because your lives, both spiritual and physical will pivot on the events discussed in this interview. 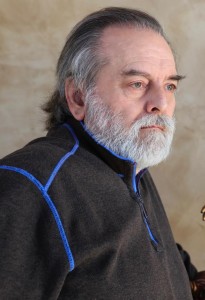 Stephen Quayle™ is a nationally known radio host (Survive2thrive and Coast to Coast), photographer and author of a number of important books including Breathe No Evil, a primer for understanding bioterrorism, first published in 1996. Additionally he has authored: Hi, concerning the soul of a human, it is imputed by God at birth no other way. So for a human to build a human from scratch, there is no soul, not without God's imputation. www.Beracha.org. This web sight offers the way to find truth through Bible Doctrine, the Pastor/Teacher studies the original languages & interprets each verse, so only truth is taught. Yes, what most churches teach is not the truth because they fail to study the original languages. They are also fake news. Religion is the devils ace trump. A passage from the King James version. One more comment - injecting human DNA, into animals does not make a soul, or even putting our body parts in them. Thanks for all your hard work, I listen to you every day. Jane
Judy (not verified) Tue, 03/06/2018 - 10:57

Great information Dave. Only one complaint.....when Dr. Horn speaks he is very interesting but he goes on and on then says "I know I'm out of time" but never shuts up. Would like to hear more of Steve Quayle as well.
Adalberto Lugo (not verified) Tue, 03/06/2018 - 20:25

Hi Dave I sometimes wonder if you ever sleep to get your work done. To unveil the truth is not easy and requires a discerning mind as nothing is more deceitful than our Hearts. Thanks for all you do, and be advised, your work is not in vain because the only worst thing than a spoken lie is an unspoken truth! Thanks for your brains, heart and courage, may God bless you and and your loved ones. Respectfully, A
Links 231-news… (not verified) Fri, 03/09/2018 - 04:44

[…] or values and morals? What good is technological advancement when we live in a depraved world Transhumanism Has Opened the Gates of Hell-Steve Quayle and Dr. Tom Horn TRUMP’S WIN IS THE REICHSTAG FIRE OF INTERNET CENSORSHIP Manufacture a crisis and eliminate free […]