The following short video cements the content of the title of this article. However, the betrayal of America by Fox News goes much deeper as the rest of the article will expose.

Fox News made it clear that it is not appropriate to cover the true nature of the "peaceful protests" in Democratic Party run cities. This is a revolution in progress. Every American is at risk. No neighborhood is safe. No Democratic (ie Bolshevik revolutionary) city is safe. Property is not safe, lives are at risk and anarchy is ruling the streets of America.  Here is an official cover story fabricated by Fox News:

"Once it aired, FOX News made the decision it was inappropriate for a daytime audience and temporarily dropped out of coverage..."

EVERY AMERICAN SHOULD CONSIDER THE HISTORICAL PRECEDENT THAT HAS BEEN ESTABLISHED BY PREVIOUS BOLSHEVIK-STYLE REVOLUTIONS. IN EVERY CASE, FOLLOWING REGIME CHANGE, A BLOODY PURGE TAKES PLACE IN WHICH MILLIONS OF "UNDESIRABLE DEPLORABLES" ARE EXTERMINATED BY THE NEW MANAGERS OF THE STATE! WHY SHOULD AMERICA BE ANY DIFFERENT? IF THE DEMOCRATS TAKE CONTROL OF THE CONTROL OF THE GOVERNMENT THERE WILL NO PLACE THAT THE AVERAGE AMERICAN CAN RUN OR HIDE.

Meanwhile at the Fox News Disinformation Headquarters, it was really smart for the White House to expose the Fake News Media’s lies that these are “peaceful protests.” Fox is nothing more than a Trojan Horse facsimile of the CONTROLLED OPPOSITION. Why would any rational American ever watch mainstream media again where only 6 people control 98+% of the mainstream media and all six are on record for supporting the elimination of America's Constitution and civil liberties??? The agenda is clear, they want a communist regime change and they want millions of freedom-loving Americans (of all races) gone!!! The CSS has repeatedly covered the fact that the Democrats are in bed with the communist Chinese. We have repeatedly documented that Senator Feinstein's office has been a front for communist China for decades. Feinstein's two-decade personal driver was outed as a communist spy! The NBA supported the CHICOM opporession of the freedom fighters of Hong Kong. Hollywood is controlled by the CHICOMS as is Netflix. The CHICOMS are involved in Calexit which is California's attempt to vote themselves out of the Union. You think it is not serious, Obamanites, Eric Holder and Loretta Lynch are involved as is the Bank of China, HSBC and CHICOM Leadership (see below). And this is only the tip of the iceberg America. While you slept, American became Chinese takeout. The CHICOMS want complete genocide against America and the Democrats support the CHICOM goals including the genocide portion of their goals. The last three Defense Ministers of China have called for the complete elimination of all Americans and the occupation of our country by 300 million Chinese "colonists". CHICOM INSPIRED RIOTS? YES! AS HAS BEEN WIDELY REPORTED, THE CHICOMS HAVE BEEN REPEATEDLY CAUGHT (EG LOUSIVILLE) DELIVERING WEAPONS TO DOMESITC ANARCHIST GROUPS!

Chinese Defense Minister, Wei Fenghe's private declaration of war against you and your fellow Americans, was made by him as he spoke to the planning committee of the Communist Chinese Party (CCP) in which he called for genocide against the United States and announced their intention to create hundreds of millions of Chinese colonists the opportunity to become "good Americans". As I established in this five part series, the Chinese had ample motivation and the means to carry out such an attack. If you missed the five part series, you will want to review the major points prior to ever voting for a CHICOM-aligned Democrat.

If you think Wei Fenghe is an abberation that will pass, the previous two Chinese Defense Ministers, dating back to 2003, had the exact same foreign policy goals.

Mark my words America: Wether the Democratic Party ends with this election, or this marks the end of America and many of you will not be here to see how it all ends. Meanwhile. thanks to the President and his Press Secretary for having the courage to tell America about the communists who are taking over our cities. 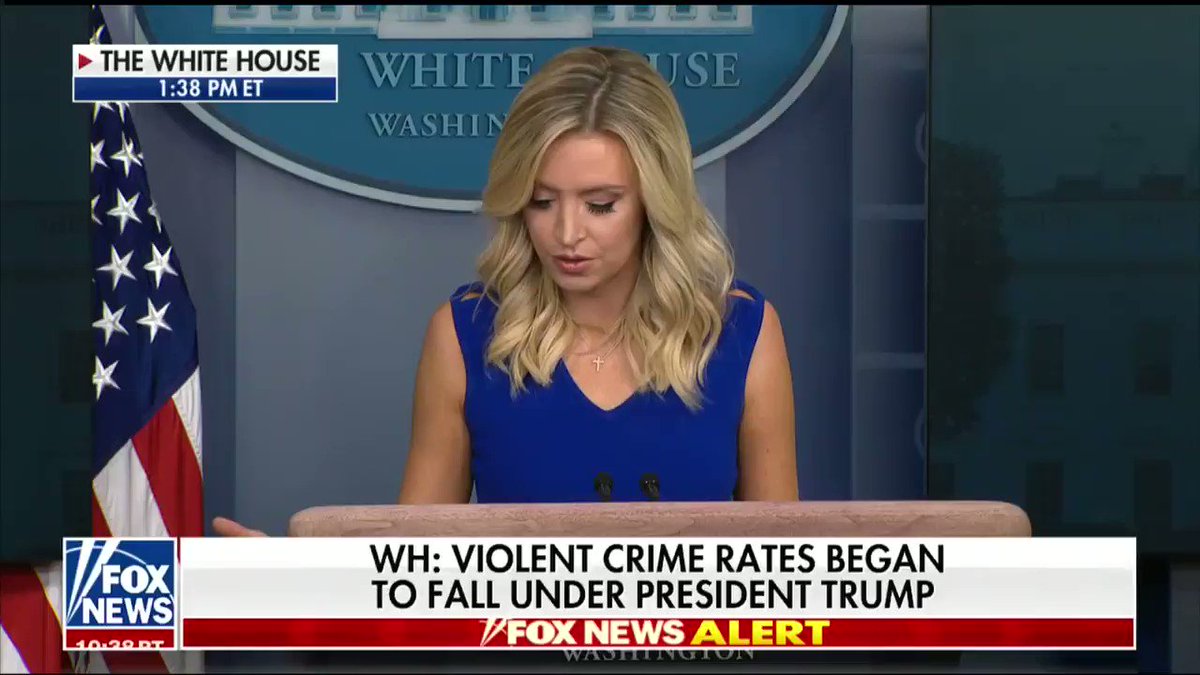 “...we have to go BEYOND close ties between Washington and Beijing... go beyond it to include all levels of government, to include classrooms and laboratories, athletic fields and boardrooms.”

Fox News presents itself as pro-Trump and anti-Biden. Not so fast you consumers of mainstream media politics. Please consider the following excerpts from a 2009 expose from Esquire Magazine about the cozy relationship between Fox News creater, and at the time Fox News owner, owner, Rupert Murdoch.

...there is still one powerful American who has extensive connections with communists — not just some communists, but some of the most powerful communists in the world. According to an extensive report in the New York Times, this man has "flattered Communist Party leaders and done business with their children," met repeatedly with senior members of the communist Politburo, "cooperates closely" with communist censors and propaganda networks, and "cultivates political ties" with communists in the hope that they will "insulate his business ventures." Not only that, but he "often supports the policies" of communist leaders and "attacks their critics."

It gets worse. This powerful American has control of a large number of media holdings, and he attempted to curry favor with said communists by ordering one of his book publishing units to release a volume of communist propaganda glorifying Deng Xiaoping, the heir to Chairman Mao.

Another time, he killed a book deal with the last British governor of Hong Kong because of rumors that it would be critical of his communist business partners. When the story broke, the businessman denied it. Then Business Week uncovered internal memos that spoke of "corporate worries" that the book would threaten his business interests in China.

...this American businessman is a vocal champion of freedom in this country. He owns the Weekly Standard...

...he established a contract to help design a Web site for CCTV, the giant official Chinese TV network that Time magazine called "the key propaganda arm of the Communist Party." He also helped launch the Web site of the official newspaper of the Chinese Communist Party, The People's Daily. He helped the communists develop a television encryption system, which will doubtless prove useful in suppressing dissent in the future...

he also does business with the communist nation of Cuba, which harbors one of the many tax havens where he has hidden cash to avoid American tax laws.

This powerful American friend of communists is, of course, Rupert Murdoch

The Murdoch sons, now the controlling entities of Fox News, simply had to cut away from the White House's coverage of the communist-inspired riots in Portland and now we know why. How do we know the riots are communist-inspired? The creator and chief funding agent of Antifa and BLM is none other than George Soros. I know, some of you are now saying "thank you Captain Obvious". However, what needs to be said is the Soros is at the center of the Calexit group which is trying to exit America. Also, at the center of the Calexit movement are ex-Obama officials (eg Eric Holder and Loretta Lynch), the cartels (ie controlled by the CHICOMS who have threatened violence against White people if Calexit is unsuccessful), the Bank of China, HSBC (ie China), et al. Soros, the Murdochs and the CHICOMS are all aligned to bring America down. And please tell me again, why you would ever watch Fox News again?

Fox News falsely presents itself as conservative voice of America. Please send this Fox News management, the same people who cut away from the White House's coverage of the communist revolution in Portland, yesterday, and ask them why they repeatedly ignore Christian persecution. International Christian Concern (http://www.persecution.org) highlights the many forms Christian persecution can take around the world to bring greater understanding to what our Brothers and Sisters face everyday. And despite all of their documented evidence, much of it occuring in China, Fox News is nowhere to be found.

As I stated, as America slept, Americans became "Chinese takeout" courtesy of Democrats like Joe Biden. Could it be anymore clear America? Will you simply lie down and take your beating, or will you rise up and confront the treason and the foreign threats?

Great article! Yet, few Fox News viewers will believe you. I have tried to point out the complicity of Fox News, but I am met with derision and berated for wearing a tinfoil hat. Just keep ringing the bell. Those that need to hear will have their eyes and ears opened.

THANK YOU, DAVE! There are some disdainful noses under which I plan to stick this posting. Sweet validation. Horrifying truth. It's because of you and those like you that many will no longer be able to plead ignorance. The willfully-ignorant passive sheeple are about to have one terrifying epiphany after another. America, Amerika.