Leftists panic as video of Joe Biden surfaces, endorsing the invasion of Iraq and demanding the killing of its national leader

As the nation’s first Democratic presidential caucuses are set to begin in Iowa next month, the race for the party’s 2020 nomination will begin in earnest.

Aside from being a gaffe machine, Biden has had difficulty remembering things like details, facts, and where he is half the time.

But as the Hawkeye State caucuses approach, Democratic leaders are beginning to worry about Biden’s past.

On Monday, the day that Sen. Cory Booker of New Jersey ended his pointless, aimless campaign, yet another video featuring Biden went viral online in which he came to the defense of then-President George W. Bush’s decision in 2003 to invade Iraq.

In the video, Biden defended the decision and was effusive in his praise for Bush which came just a few months after the former president’s now-infamous “Mission Accomplished” stunt featuring him landing on the deck of the aircraft carrier USS Abraham Lincoln.

In addition to the video, Zero Hedge notes, Biden has repeatedly lied about his ‘leading’ role in pushing for the war authorization in the Senate fully five months before the March 2003 invasion. He has sought to distance himself and conceal facts now that public opinion on the war has shifted.

Also, the new video surfaces as former Senate colleague, 2004 presidential loser, and Obama Secretary of State John Kerry has begun campaigning with Biden and defending him on major TV networks against 2020 leading Democrat Sen. Bernie Sanders (I-Vt.), who has been critical of Biden’s backing of the war (and others).

‘We’ll have to go it alone’

At one point in the video, which was taken during his speech at the Brookings Institute in Washington, D.C., Biden actually criticizes Democrats while at the same time holding Bush and the disastrous war up as “bold and popular,” while further pledging to support the neocon Bush administration. (Related: Knives are officially OUT for Bernie: Dems want him to sit down, shut up because they’re afraid he’s going to steal 2020 nod from Biden.)

BREAKING: Video emerges of @JoeBiden criticizing antiwar Dems, praising Bush for leading America into the Iraq War & promising he will support Bush's continuation of the war

"The president of the United States is a bold leader & he is popular...I & many others will support him" 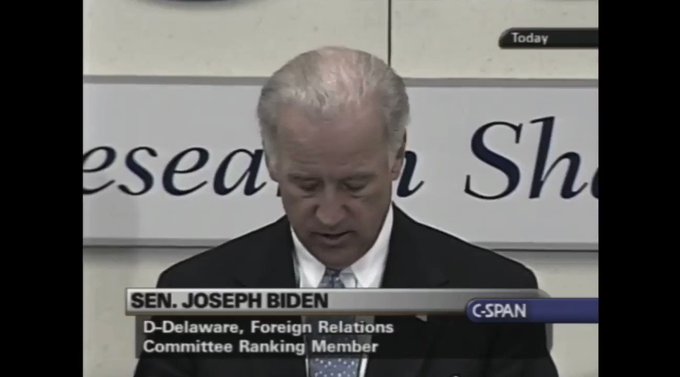 9,146 people are talking about this

“Some in my own party have said that it was a mistake to go to Iraq in the first place and believe that it’s not worth the cost, whatever benefit may flow from our engagement in Iraq,” Biden told the Brookings audience.

“But the cost of not acting against Saddam I think would have been much greater, and so is the cost, and so will be the cost of not finishing this job. The President of the United States [Bush] is a bold leader, and he is popular,” he added.

The campaign of Sanders seized on the speech to criticize Biden and to reiterate that Sanders did not support the authorization to use military force in Iraq. In response, Kerry hit back at Sanders, claiming that the Vermont independent was “distorting” Biden’s record.

"I think Bernie regrettably is distorting Joe's record..." he says from the Biden campaign bus in Iowa. @CBSNews w/@margbrennan 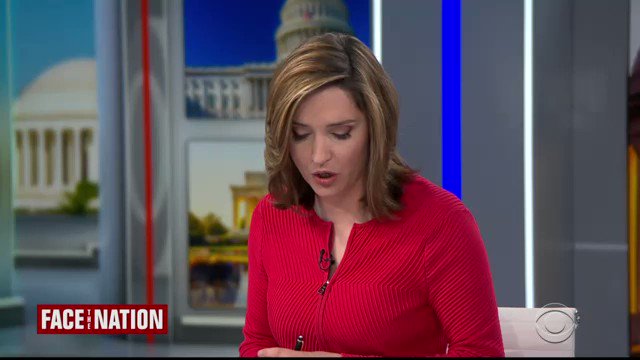 1,383 people are talking about this

The Sanders campaign wasted no time in responding.

“It is appalling that after 18 years Joe Biden still refuses to admit he was dead wrong on the Iraq War, the worst foreign policy blunder in modern American history,” Sanders spokesman Jeff Weaver said in a statement. “Bernie Sanders saw the same information and had the judgment to vote against the Iraq War.”

The video was preceded by a report from The Intercept, which found a video clip of Biden arguing for an invasion of Iraq in 1998, a full five years earlier, during a Senate Foreign Relations Committee meeting. He said then that “taking Saddam down” ought to be a U.S. priority.