America's #1 Mafia Princess[/caption] Who and what is really running America. Have the original fears about a John Kennedy Presidency come to fruition under Nancy Pelosi? The parallels between Pelosi and John Kennedy and Nancy Pelosi are stunning. John's father, Joe Kennedy, was closely tied to the New York and Chicago mafia. They were his partners during prohibition when Joe Kennedy used his diplomatic pouch to smuggle in Irish whiskey. Pelosi's father was a hard core member of the Baltimore mafia and his little girl, Nancy, followed right in his footsteps. Thomas “Big Tommy” D’Alesandro, Jr., a five term Democrat US Congressman from Maryland and three term Mayor of Baltimore f Pelosi's father was closely associated with the members of the “Baltimore Crew.” This faction of the mafia was closely related to New York’s Gambino crime family. Unlike John Kennedy, Pelosi has definitively acted in accordance with the Mafia agenda. This is not just a case of guilt by association. The D'Alesandro mafia ties can be traced all the way back to the Black Nobility. Who were they? They were the banking front men for the Rothschilds'. In other words, Pelosi's family ran in very rarified air. According to Paul Preston's research, the mafia ties also put them in the company of the Jesuits, the group, the Pope, that is dismantling the Catholic religion. Today, the Pope calls for the creation of Chrislam (Islam and Christianity combined and he is promoting climate change as well as mass migration by 3rd world immigrants into 1st world countries). Does any of this sound familiar when it comes to Nancy Pelosi?

As I was doing the research on the mafia background of Pelosi, other names, of other female politicians began to surface in connection to this modern day Black Nobility group. Some of the names that I stumbled across are nothing short of shocking. At the top of this unholy pyramid, I kept finding references to Hillary Clinton and Nancy Pelosi. Angela Merkel kept coming up and she was clearly in the top of this group . If one understands the organizational structure of the Masons, then the group, The Eastern Star should very quickly come to mind. This female group is parallel to the Eastern Star. It is the Eastern Star of the New World Order. Other names I kept encountering were Theresa May and Dianne Feinstein. Recently, Alex Jones and Mike Adams have alleged that Pelosi is part of a coup attempt to remove Trump and Pence and install Pelosi through the order of succession. I believe that the following partially justifies their assertion:

I have been researching the alleged "electrical fire and I can accurately say, there is a lot more to this story than meets the eye. I cannot conclusively say that this was an attempt on the life of the President but it is very suspicious. This above reference is extremely disturbing.

This investigation is just getting started, but suffice it to say that I am discovering that Pelosi owes her career to her family's mafia ties. Her reclaiming of the Speaker's position looked like a mafia operation with all the flip flops of the Democrats who originally clamored for new leaders. This investigation is just getting started, but I can form some early conclusions. First, Pelosi, like Clinton and the Clinton Foundation, is a career criminal with New World Order ties. She is closely affiliated to Trevor Louden's associated group he identified in his work, Enemies Within, in which 80 members of Congress, all Democrat are affiliated with front groups for the American Communist party and the Muslim Brotherhood. In fact, present Presidential candidates, Elizabeth Warren and Kamala Harris have the same ties. There is also one other take away that I am comfortable stating at this early part of the investigation: The leadership of the Democratic Party is bought and paid for by globalist organizations controlled by the Rothschild family.  In the next article related to this topic, we will examine how Pelosi's husband and Diane Feinstein's husband have very similar MO's. 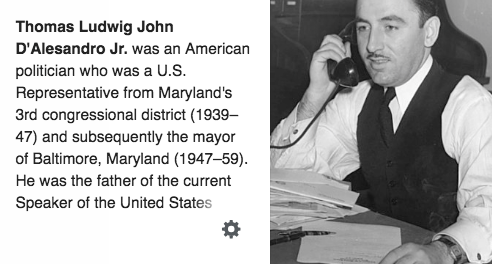 Is Trump going to drop the hammer on these traitors? If he declares a state of emergency, can he hold military tribunals andexecutions?
Cindy Gauchay (not verified) Wed, 01/23/2019 - 07:41

She puts her own eye make up on. You think with her money she could hire someone to put lipstick on a pig. (I can be as pciky as media picking on Melania's looks, dress etc) She seems like she is the leader of a cult. But she must be programed or have a chip for sure. When you look at her eyes, they do not register anything but blank/programmed and really .......off
Jerry (not verified) Wed, 01/23/2019 - 08:48

I hate to be the biggest duffus reading today's article, but I can barely understand or comprehend what Ryan A Morgan has said. Is it possible to get it restated in plain English for us duffus's?
R (not verified) Wed, 01/23/2019 - 10:42

This " Above Reference" is the biggest piece of crap on the internet at the current point in time. Read it, read it slow, now matter how many times you read it the whole thing says NOTHING that makes any sense at all !!!! Do you know what an altimeter is ? Do you know that they are manually adjusted constantly by flight crews ? Do you know that the 29.92" of Mercury is a standard setting when the plane is at sea level, it sets the altimeter reference leg to atmospheric pressure. at seal level, 29.92" of Mercury = to 14.7 PSI atmospheric pressure at sea level. And most aircraft only have 1. they use a digital radar range finder at levels below 2500 feet most of the time. And I love the next line of BS " And someone standing behind POTUS noticed it and notified 4 Marine to abort" Ok, Pelosi is getting on a plane to leave the country, Trump is at the White House, so this guy is standing behind Trump at the White House? and he knows what the planes altimeter is set at ? which by the way is the correct setting for a plane sitting on the tarmac at an airport that is at sea level ? Then this guy "Notifies" 4 Marine ? WTH is 4 Marine ?? Look, just stick to Pelosi your the second guy to come up with the crap story in two days. Prove the Mafia and NWO ties all day long, I believe you on that. But this Ryan Morgan stuff is total crap !! NOW how about the Muslim arrested in GA. with a tank busting rocket on the 17th,same day as Pelosi was grounded ! Said he was gonna blow up the White House, That connection makes a whole lot more sense than this crap about altimeters on a plane when Trump is in the White House. And for my own Education WTH is Global Operations Command Center Able Danger ?? Able Danger, Sibel Edmonds & Tony Shaffer ? Able Danger / Field McConnel ? Able Danger.org ? a crappy site by the way, What is it, where is it, Who is it, NSA, DIA ? Stick to Pelosi and leave this Ryan Morgan crap out of it, you will be a lot more credible.
nick grujic (not verified) Wed, 01/23/2019 - 12:01

trump has wilbur ross as attorney general a hudge rothchild banking agent lets not be niased and nope i hate the libtards but your hero(gods candidate is also working for the satanic rothchilds people better wake up soon god bless dave please look at both sides of the fence for rothchild agents trump has a few of them another is cheldon adelson who donated a 100 million to trump campaign if you dont print this i see you are also spreadiung misinfo since your only mentioning rothchilds on the libtard wagon and hiding trump doing businuss with rothchilds in his own cabinet have a good day sir
buzz (not verified) Wed, 01/23/2019 - 12:28

anyone out there ever take an oath to protect and defend the constitution from all enemies foreign AND DOMESTIC? just shoot them.
Guido (not verified) Wed, 01/23/2019 - 12:56

I grew up around some mafioso in north Denver. I knew that there was something in Pelosi's look, in her eyes that struck a familiar chord. Now I know what it is.
Barbara (not verified) Wed, 01/23/2019 - 20:18