There is a plot to dim the sun. Yes, that is correct and these are words of researchers from Harvard and Yale. In effect, these researchers are suggesting a program that looks a lot like that conspiracy theory, chemtrailing. These researchers are also betting on the fact that the public has a very short memory when it comes to the exposure of global warming as a fraud in the past decade!

Pseudo-scientists from the bastions of post-secondary-liberalism headquartered at Harvard and Yale universities published in the Journal of Environmental Research Letters a highly subjective article which proposes using a technique called stratospheric aerosol injection to fight against global warming.  Forgetting for a second that one of my academic expertise areas consists of statistical interpretation and research methodology, let's consider the proposed and laughable research being put forth in the journal in question. First of all, there is no scientific justification from either the literature review their own repeatable findings, located in this journal, that the concept is even valid. The article jumps from hypothesis to scientific conclusion with no scientific justification. There is no level of significance attached to this shoddy research. Further, this article concludes without scientific justification that these so-called scientists engage in a program in which sulfate particles are spread throughout the Earth’s lower stratosphere at altitudes that approximately 12 miles high. We already have this program and in layman's terms, it is called "chemtrailing". thi sis a classic case of putting lipstick on the pig. The article admits that the technology (ie chemtrailing) does indeed exist, but they fail to identify any program and scientific descriptions anywhere in the article.  Please reread the previous sentence. Do you realize what this means? Chemtrailing just left the realm of crazy conspiracy theories and is now part of mainstream pseudoscience. I never thought I would see a public admission of chemtrailing but that is exactly what we are seeing. The article falsely promotes the idea that this is new when in fact the evidence has been directly over our collective heads for over two decades. The article further purports, and without justification stated there are no aircraft suitable to carry the particles and “developing a new, purpose-built tanker with substantial payload capabilities would neither be technologically difficult nor prohibitively expensive”, the article concluded, but again, without scientific justification. Please look at the following which exposes the deliberate deception promoted in the article: 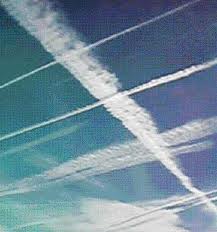 Where did the chemtrails, which fit the proposed intervention from this study come from? The researchers contend that the program does not yet exist and it too time consuming and expensive to carry out. The article further claims that they have estimated that it would cost $3.5 billion to launch a "dim the sun" system, and it would take 15 years. They further estimate that the program would cost $2.25 billion a year to maintain over the course of those 15 years. 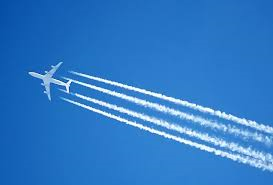 These researchers from Harvard and Yale should get out more often. The proof for the existence of this technology and the ability to deliver it can be found all across the planet and the frequency and commonalities from country to country are ubiquitous. All one has to do is to look up! 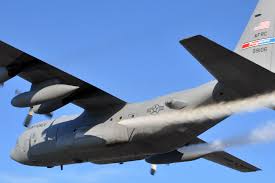 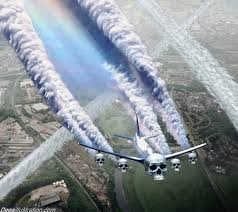 Forgive me for stating the obvious, but the following is a common and daily scene all across our planet. 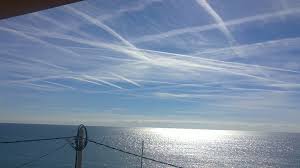 A Shift In Chemtrailing Strategies

In the history of geoengineering, the "environmental scientists" used to call the negative impact of man's unbridled use of energy to be the cause of "global warming". However, a funny thing happened on the way to deceiving the public. Global warming was the "catch all" phrase to describe how mankind was destroying the planet with uncontrolled use of various forms of energy. In 2008-2010, global warming researchers from East Anglia and Penn State University were caught faking data on global warming through a series of hacked emails in a scandal called Climategate. This prompted a change in the global warming claims and they were shifted to the term "climate change". This was a thinly veiled attempt to conceal the fraud that temperatures had actually cooled. Apparently, the Harvard and Yale researchers have returned to the concept of global in the hope that the public has a short memory of the fraud that was perpetrated upon the public a decade ago.

Dimming the Sun Is a Very Bad Idea

Clifford Carnicom, once published a detailed report that demonstrated that “contrails” were poisoning the air. This was the genesis of research on the subject of the harmful effects of chemtrailing. The issue, through notable researchers such G. Edward Griffin, et al, established this fact a long time ago and now the MSM and the pseudo-scientific community have the nerve to perpetrate another fraud by pretending that chemtrailing is somehow a new discovery that should be used to dim the sun to protect us from global warming, a concept that has already been discredited. The net effect of chemtrailing is devastating. In my interviews with Dane Wigington, he states that the poison chemicals in chemtrailing have led to a dramatic increase in Alzheimer disease and a precipitous drop in collective IQ's of 6 t0 7 points. Additionally, 18% less sunlight reaches the earth resulting in lower crop yield. The discovery of the latter set off alarm bells for many researchers because this dramatically impacts crop production across the planet. A nagging question remains, why would Harvard and Yale reintroduce and make public previously introduced chemtrailing as fact after so much MSM effort has gone to deny the existence of these programs? And now they admit to and advocate for this program in a public research journal? Why? It is my belief that there are two factors associated with this shift in position"

My considered opinion on these suspicions is that all of these motivations are connected to bringing chemtrailing out of the closet into the mainstream. This issue has the potential to become the number one threat to all of humanity because of the multiple and far-reaching effects.

I'd like a few minutes to have a discussion with David Keith and his friends! This ongoing program has death written all over it. But something else has come to my attention. While I have heard reports and predictions of a coming mini ice age they were indicating they expected it to be in full swing between 2030-2040. Apparently with more data this date has been moved up to 2019-2020 and will last up to 400 years, in what one scientist is calling a super solar minimum. It will be very difficult in the Northern Hemisphere and in the far south. Curious that the U.N. is forcing millions from otherwise warm areas into normally colder areas which will become very challenging if this forecast proves true. Maybe these people are being sent to their deaths while emptying more southerly areas like Africa where food will be grown for a few. There are far to many evil and dangerous events converging to be a coincidence.
Benjamin Golan Sun, 11/25/2018 - 10:22

The battle is now with MSM. I would also suggest that Dane Wigington's geo engineering sites be used only after your readers/followers understand that Dane Wigington is indeed a leftist democrat, and in fact includes leftist propaganda and other bogus claims that man is also to blame for global warming/climate change without the affects of chem-trails! You must learn to separate the science form the bravo sierra. He also claims Pres. Bush is to blame for the current chem trail operations, and has been for many years. Dane Wigington at no time has laid blame at the feet of the Clinton's or Obama - remember that! Some of the people you work with have had him on their programs, and absolutely ignored those facts! Dane Wigington even stated on his recent interview with you friend that "politics & propaganda" are not used at his site, or in his science! This is absolute fake news. The show was with Greg Hunter. I've contacted Steve Quayle on this issue, and he agrees that Dane Wigington is a leftist. Please just remember, when you incorporate politics into science, you have propaganda! You understand that if someone responds to a question, even if he is telling the truth by 97%, it is still a LIE! Some of Wigington's information is great information, but we must learn and teach others how to separate the bravo sierra from the facts!
Dimming The Su… Sun, 11/25/2018 - 10:35

I forgot to add that Dane Wigington of GeoEngineering.com has been placing significant blame on Pres. Trump and the chem-trail onslaught, ever since Trump was elected President! He refrains from placing blame on the Clinton & Obama regimes...? I have questioned him on this, and never receive a response. On my earlier post I mentioned Pres. Bush, when I meant to say Pres. Trump. I believe Pres. Bush does carry blame for the chem trail attacks on our environment and populations, as does GH Bush, GW Bush, BJ Clinton, and Obama! Dane Wigington's site has a lot of great information, just remember it is polluted with leftist propaganda, none science bravo sierra. It is also very evident that Dane Wigington has a major hatred of President Trump! He refuses to place blame on the Obama or Clinton presidencies, which should tell you everything you need to know. He claims to be apolitical? Another purposeful lie, or he is that delusional.
Waz Sun, 11/25/2018 - 18:01

We’ve had a lot of chemtrailing going on around here! It’s weird coz we’re in remote rural victoria Australua. We started praying against them when they fly. By binding & loosing according to Mathew 16:19. The trails disappeared. When praying about it God told me they’re spraying ECOPLASM!
Skip Mon, 11/26/2018 - 06:38

Dave, you like to connect the dots. Here in upstate South Carolina they are having a field day turning a beautiful blue Sky into a milky streaked mess. I've flow privetly for many years, my older son is an A&P mech. We both know contrail verses Chem trails. The neno particle have a far greater purpose then blocking sun rays, that's a coverup. Just wait to G5 is fully functional, how about millions of walking antennas ? Tracking ? Just watch as the story unfolds.
Tommy Douglas Mon, 11/26/2018 - 10:00