Unisyn is just one of many companies in Vincent Tan’s vast business empire, but it should trouble national security and election officials. An election systems company based in the United States, is compromised by foreign control and influence.

Unisyn Voting Solutions is subsidiary of and is co-located with International Lottery & Totalizator Systems (ILTS) in Vista, California. Certified by the U.S. Election Assistance Commission since 2012, they supply voting machines and software to a number of states and locales across the United States.

When considering the idea of rigged elections, it is not reassuring that a lottery and casino equipment company is manufacturing voting machines, since casino machines are designed to ensure that “the house” always wins.

ILTS makes gambling systems for countries all across Asia, including racetracks and casinos in Hong Kong and Macao. They are a subsidiary of Berjaya Corporation based in Kuala Lumpur, Malaysia. Berjaya is a conglomerate owned by Vincent Tan, a billionaire invested in all sorts of ventures. Hotels, real estate, financial services, restaurant chains, convenience stores, gambling, and even professional soccer (or football) teams all comprise elements of his portfolio.

Of course, there is nothing wrong with someone of his wealth investing in various industries. However, there are two main concerns here, with national security implications. One, American elections companies being foreign-owned seems problematic. Two, Mr. Tan’s business partners are especially problematic.

From 1993-2000, Mr. Tan’s Berjaya operated a joint venture called Syntax with Gu Wengjiang, the wealthy sister-in-law of Chinese Communist Party Politburo member Bo Xilai. (Mr. Xilai has since been purged from the Politburo and the Party and imprisoned for life, amid scandal)

Another company owned by Mr. Tan is U Mobile, a mobile telecommunications company in Malaysia. U Mobile has deep partnerships with Chinese companies ZTE and Huawei, both considered major national security threats by the U.S. government. In fact, Tan’s son Robin, who is now CEO of the Berjaya empire, and acting on his fathers behalf, was present for the signing of U Mobile’s agreement with ZTE. The event was attended by both the Malaysian Prime Minister and none other than CCP Chairman Xi Jinping himself. (See photo below). 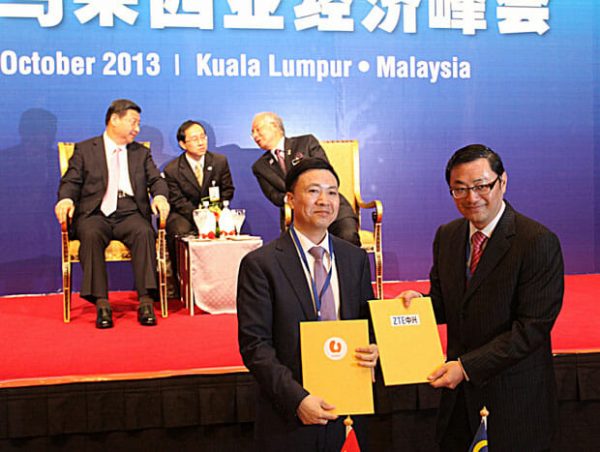 Mr. Tan is also an enthusiastic supporter of China’s Belt and Road Initiative.

At a meeting with Alibaba founder and admitted Communist Party member Jack Ma in 2016, they talked about their various business interests, including football. Tan owns a Welsh team, the Cardiff City Football Club. (Until last year, he also had a stake in the Los Angeles Football Club). Tan said Ma wanted Chinese football clubs to compete one day in the World Cup and that it was “in line with Xi Jinping’s vision.”

So, as you can see, Vincent Tan’s Chinese connections extend to the highest levels it seems, essentially making him a front man for the Chinese Communist Party.

Most recently, in September of last year actually, executives of a company owned by Mr. Tan, SeaGamer Mall, were indicted by the United States Department of Justice. They were charged with running a Chinese-hacking scheme. Mr. Tan made a point to clarify that his company Berjaya was not invested in the suspect company, but rather that he was personally.

According to the U.S. Election Assistance Commission, all or part of nine states use Unisyn Voting Solutions election systems: Illinois, Indiana, Iowa,

According to the U.S. Election Assistance Commission, all or part of nine states use Unisyn Voting Solutions election systems: Illinois, Indiana, Iowa,

In addition, Unisyn made several attempts, unsuccessfully, to lobby Arkansas when officials were searching for a new statewide integrated election system. Interestingly, they used the same lobbying firm a major Chinese company later retained when it was looking to build a new mill there (now cancelled).

One tip-off that this was not just an American company pitch was the Chinese text on the company literature. This was not a smart move on their part. But, they were persistent. They did actually get the State Board of Election Commissioners to certify some of their equipment, without much vetting. The company took their pitch directly to counties around the state as well.

Ultimately, the state went with their long-time vendor, Elections Systems & Software, instead. Worth noting, ES&S is an American-owned and operated company. However, ES&S and Unisyn have worked together before.

Berjaya Lottery Management (HK) Ltd. is the parent company of International Lottery & Totalizator Systems. That HK stands for Hong Kong. Remember that Unisyn Voting Systems, a subsidiary of ILTS, shares staff and facilities with ILTS. Our research has indicated that at least one former employee and two current employees there are Chinese nationals.

Our investigation has found shipping records documenting ILTS’s importation of parts from China to their California facility. These are parts being used in the manufacture of voting machines in use in the United States. How do we know that they are not compromised in some way?

In 2013, according to documents obtained from the U.S. Securities and Exchange Commission (SEC), Unisyn’s parent company, Berjaya Lottery Management, performed some legal filing maneuvers in order to “terminate its registration and reporting obligations under the Securities Exchange Act of 1934.” This means that, after 2013, the company’s activities would be harder to track, since they would no longer have to file SEC reports.

In 2015, the company was fined for failing to disclose certain information to the SEC in its attempt to go private. The following is an excerpt from an SEC press release dated March 13, 2015:

According to the SEC’s order instituting a settled administrative proceeding, Berjaya Lottery Management (H.K.) Ltd., a Hong Kong corporation, waited eight months to disclose it had taken steps to effectuate a going private transaction for International Lottery & Totalizator Systems Inc. Berjaya’s failure to promptly amend its disclosure violated Section 13(d)(2) of the Exchange Act and Rule 13d-2(a). Berjaya was ordered pay a civil money penalty in the amount of $75,000.
In addition to another one of his companies being indicted by the Justice Department, Vincent Tan has another venture that should concern the United States. There is a small island just off the coast of Malaysia called Tioman Island. It is a tourist locale and, owning hotels and resorts, Mr. Tan has an interest in this island. However, our investigation has led us to wonder if his goals there could serve another purpose.

Tioman Island, located in the South China Sea, currently has an airport, however due to the geography, the air approach is pretty tricky. Mr. Tan has proposed and submitted plans to the Malaysian government for an entirely new airport to be built. This project has been put on hold, but due to his loyalties to Xi Jinping and his business with the Chinese Communist Party, could he be attempting to build a private airport in support of the Belt and Road Initiative in the strategic South China Sea? 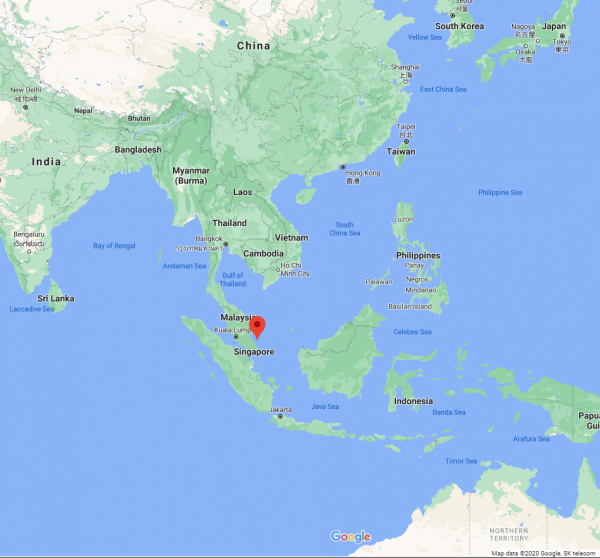 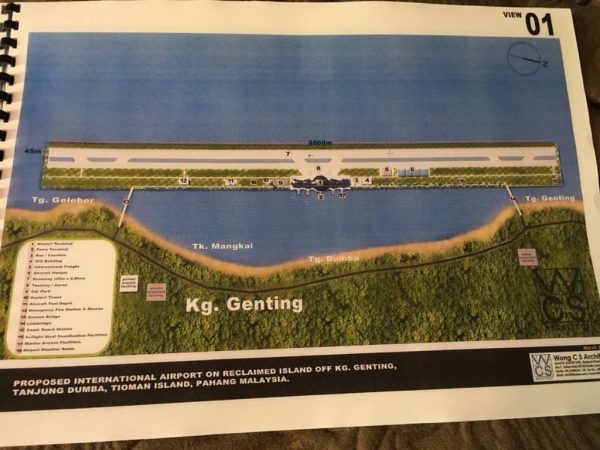 New airport proposed by Vincent Tan for Tioman Island. This proposal was submitted to the Malaysia Ministry of Transport. The project is on hold, for now.

Video animation of the new airport proposed by Vincent Tan for Tioman Island. The video claims that the airport is unnecessary and will cause environmental damage.

Whatever the extent of his empire and true motives in support of China’s ultimate goals, it’s clear that Vincent Tan has no business owning an American elections company. An investigation of Unisyn Voting Solutions should commence immediately.

Now how to you get the average American angry about this to do something?

All Chinese businesses are owned by the Chinese Communist Party, which means that the business is owned by the government. It is not a typical business. China is not interested in the profit motive and China does not believe in capitalism.