Photographed by journalists from Voice of Ukraine, we see pro-Russian forces firing upon unarmed protesters.The pro-Yanukovich forces are pictured above on a rooftop of an Ukrainian house on January, 22, 2014 firing upon unarmed protesters.  According to Ukrainian journalists, working for the Voice of Ukraine, this is very common occurrence in which untold numbers of protesters are being murdered on a daily basis.

Communist revolutions, more accurately, George Soros led revolutions consistently use the snipers on the roof phenomena to overthrow existing regimes. This article will briefly review Soros use of this tactic in several successful regime change efforts in recent years. There are clear signs that the United States is about to fall victim to the same strategy.

It wasn't just the leaders of protesters that were targeted by snipers on the roof in Ukraine, it was also the pro-Russian friendly leaders in Ukraine's government. The snipers on the roof phenomenon became the leading reason that the Russian-controlled Ukrainian government fell. This was a CIA operation but it involved mercenaries provided by George Soros and these assassins, California based were likely under the control of former California governor, Jerry Brown. The purpose of the move to antagonize Russia because a more western-friendly regime would replace the pro-Putin government. Soros, undoubtedly had the goal of sewing the seeds of World War III. The CIA's interest was based upon lessening the hold that the Russians had over our western allies in NATO when it came to natural gas of which Ukraine was a major supplier. Snipers on the roof was a central strategy in this successful coup attempt. However, Ukraine was not the only country to experience this strategy in recent years and the central player is always George Soros.

The Syrian civil war is known for its extreme brutality and mindless oppression. Routinely snipers on the roof, Syrian style, were used to execute opposition members as they emerged from home and work,  Internationally, Syria became known for placing snipers on the roof and singling out protest leaders, or opposition leaders and then executing them as they walked down the street. 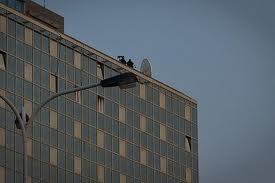 As Secretary of State, and as the CSS previously noted several times, Hillary Clinton created the destitute conditions in Venezuela with foreign policy changes. The desperate condtions led to the snipers on the roof phenomena as oppostion leaders took to the street. I have maintained for years that Venezuela was a beta test for what was coming to America!

News emanating from Venezuelan protesters is consistently revealing that government forces in Venezuela are summarily executing its citizens from motorcycles. Authorities are also breaking down doors of apartment buildings and murdering “suspected” protesters. As a result, protesters are being murdered by the Venezuelan government without trial. Some citizens, who are luckier than most are simply being arrested for “suspicion” of protest and hauled away without any due process of law. 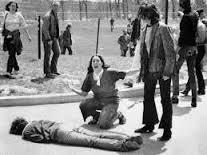 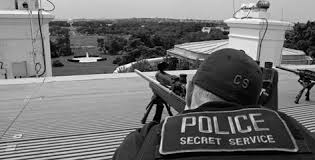 If and when the Democrats steal control of the government, they have the same tool to subjugate the masses and eliminate any opposition as the United States government has previously adopted the snipers on the roof strategy as a matter of domestic policy carried out by the US government. This, like so many other unconsitutional changes to government policy, was ushered in under the Obama administration.

I am hard pressed to make this comparison any more clear. The parallels speak clearly for themselves. What will be the flash point where the "new" American policy in dealing with protesters will turn deadly? Does anyone else believe that Clinton, Pelosi, Newsom, Schumer, Harris, et al, will hesitate to use the George Soros led Antifa to this end in America? Well, America, there are already signs that this strategy is coming into play

On July 19, the Aurora Mall area of I-225 was shut down by Antifa. Many will remember the video of Antifa shooting at a family trying to get home in their jeep as their tires were shot out and the entire family was in danger. Antifa actually wounded to of their own in their attempted execution of the famly. The Aurora police department stood down as they have a precinct headquarters merely yards away from the incident. This area was also the site of the Aurora Batman shooting in 2012 and their behavior was the same.

Paul Martin and myself are both acquainted with prominent family, who for the time being will remain anonymous. One of the members of the family was a former Aurora police officer, now an attorney. From this source and one other source that approached me several days ago, we learned that further down I-225 near the Parker Road exchange, there snipers spotted on the roof. They did not fire upon anyone, so it was assumed that this was a training exercise.

One week later that same thing happened in Austin. I have been approached by one member of the Austin PD. He told the same story as Paul Martin and myself were told about Aurora, Colorado. There were snipers on the roof. Drones were dispatched and hovered above the potential snipers. No shots were fired, however, the conclusion, again, was that this was a training exercise.

I recently interviewed Paul Martin on our collective findings with regard to these two incidents and that interview can be accessed here.

Many of us in the Independent Media have been saying that on the paradigm of a regime change effort, assassinations are part of the strategy. Therefore, I must conclude that the snipers on the roof practice is ready to go live with the deadly intent and regime change goals. This is indeed the new normal

In reply to Off topic, Important by Lying Dog Face…

I have searched the transcripts of President’s speeches back to August 5th and cannot find this comment that you stated he made on the night before your comment on August 7th. Lying Dogface, where did you hear/read this?! That is a comment that should/would have made the mainstream news, I am certain! Please clarify. EDITOR'S NOTE: LOOK HARDER THE VIDEO IS ON THIS WEBSITE- IT ALSO PLAYED ON FOX. IT IS ON GOOGLE SEARCH ENGINE- CHALLENGE YOURSELF BEFORE WRITING THIS KIND OF MESSAGE

In reply to Off topic, Important by Lying Dog Face…

i missed what he said last night bout disappearing ?????

I think its a shame the PEACE ,LOVE,DOVE CROWD WILL BE RATTING OUT THE PATRIOTS WHO ARE TRYING TO SAVE AMERICA,after all they want peace with someone elses blood on it,SO THEIR HANDS ARE CLEAN,but WILL GOD see it that way,OR WILL BE SAY..."I NEVER KNEW YOU COWARD"..satan heres another one for you,thats 95% of the men in america who will hear that...

Of all the people in this…

Of all the people in this world that Soros has killed , maybe its time we do God's work and take out this nazi , satanic goon . Give him his own medicine .

Maybe I'm wrong for saying it , but , So many of these satanic elites in this world need to have a face to face meeting with Jesus.

Dave, When I ran for Governor in South Carolina against Sanford, there were always "snipers on the roofs". The law enforcers and military ALWAYS use snipers, both as protection and deterrents. Over reacting to long-used protocols is not healthy for Americans who do not know what is normal. Trump is moving to RESTORE our government... there has been a "Hostile Corporate Takeover" of the ancient Masonic Financial System run by the Rothschild/Rockefeller cabal. The "Swamp" is desperate. So do not misunderstand what you see. Patriots are in CONTROL. Sincerely, R.E. Sutherland, M.Ed./sciences

RE: Snipers on the roof

When the wicked rise, men hide themselves; But when they perish, the righteous increase. Proverbs 28 v 28.

Ammo, reloading supplies and firearms are vanishing. Mnuchin was given 500 Billion to reinvest during the recent "bail-out" period. He invested well!!

Too Many Enemies To Keep Track Of

The Psalmist was correct when he wrote that the enemy is on every side while the vilest of men are exalted. All I can say is to stay in fellowship with God. Folks are looking to defeat us at every turn no doubt. We have to be ever mindful of the brainwashed sheeple who are and will be as much of a problem for saints and patriots as the ruling class already are and will be. In time they will get their new world hell order on earth. I have an opposing goal and have no need to choose otherwise. I will lose my life in Christ if that's what it takes for me to enter into His kingdom. After being kept and preserved by God for 40 years. I can't imagine living life without Him in this world or in the world to come. Better safe than sorry.