EDITOR'S NOTE: I HAVE HAD THE PLEASURE OF COLLABORATING WITH MIKE ADAMS ON A NUMBER OF ISSUES. MIKE CONTINUES TO DO GREAT WORK. THIS ARTICLE IS NO EXCEPTION. PLEASE SHARE WIDELY.

We are now watching the whiplash effect of all the mad money printing that took place during covid lockdowns, which provided the world’s central banks an excuse to prop up their Ponzi markets one last time. The flood of money and debt was stabbed into the economy like an adrenaline needle into the heart of a code blue drug junky, reanimating the corpse of the economy into something mimicking economic “activity.” But the stimulus wave has, as we all supposed would happen, set into motion a series of inevitable after effects that might be worse than just letting the corpse expire in the first place.

Now the world faces skyrocketing inflation (i.e. currency devaluation) being reflected in prices of food (up at least 40% in the grocery store and closer to 80% in restaurants, in case you haven’t noticed), energy (up 800% – 1000% across much of Europe), clothing, housing and almost everything else you can think of. With consumers at the end of their financial ropes, they are now drastically cutting back on purchases of discretionary items such as appliances, vacations and high-end cosmetics. This is causing alarm bells to sound off in the manufacturing industry where companies like Electrolux (the second-largest appliance manufacturer in the world) has announced production cuts in both Europe and the United States.

As consumer demand is plummeting, forced shutdowns of factories are also occurring due to high energy prices and supply chain disruptions. We learned yesterday, for example, that Toyota has shut down Sienna production (that’s their mini-van) for the next two years. Promised 2023 models from Dodge, Nissan, Honda, GMC, Ford and Chevy are severely lacking in availability, and we are told that much of this problem traces back to lack of transportation (rail transport, believe it or not) and parts that are unable to be sourced due to the supply chain collapse.

All across Western Europe, steel plants and smelting operations that handle zinc, copper, aluminum, manganese and other industrial metals are collapsing by the day. The situation is so dire that a trade group known as “Eurometaux” issued an urgent warning, claiming that if “emergency EU action” wasn’t initiated, the entire continent would face a crisis of “permanent deindustrialisation.”

This means the end of industry for Europe.

It goes on to state that 50% of aluminum and zinc production capacity is already offline. Copper and nickel aren’t far behind. “Producers face electricity and gas costs over ten times higher than last year, far exceeding the sales price for their products,” the letter warns.

In essence, Europe’s entire metals industry is demanding a government bailout. “Intervention” means using public money to keep these zombie industries alive by allowing them to use energy that simply isn’t available. The energy crisis is so severe across Europe right now that if severe restrictions are not enforced, many countries will face a total wipeout of energy and electricity before the Spring of 2023. So paying metals smelting operators to keep running their high-energy-usage plants isn’t a viable option. Instead, European governments are likely to pay metals industry companies to idle their plants while paying their workers to produce nothing.

If this starts to sound a lot like communism, that’s not a coincidence. All across Europe, nations must choose to either pay industry to produce nothing, or allow those industries to permanently collapse into ruin, from which there is no easy recovery. You can’t simply restart large-scale industrial operations after bankruptcies have been declared, equipment has been auctioned off and employees have sought jobs somewhere else. Allowing industrial metals factories to plunge into bankruptcy would spell the end of industry in Europe for at least the next decade. Without metals, obviously, you can’t build much of anything else, including automobiles.

Anyone reading this who owns an Audio, Volvo, Volkswagen or other German or European vehicle should be thinking long and hard about where their replacement parts are going to come from once Europe ceases industrial operations.

The economic devastation coming to Europe this winter will likely be worse than World War II.

Denver, Colorado is handing out free bugout bags to residents

There’s a sense of approaching doom in the United States as well, with government officials in Denver, Colorado handing out bugout bags to residents. Denver, it turns out, has its own “readiness” program called DenverReady.

The readiness program, naturally, doesn’t really get people ready to do anything other than die, given that the bugout bags appear to contain nothing useful for actually surviving what’s coming. The bags do contain toilet paper, bottled water, flashlights and similar items, but they completely lack Glocks, ammunition, iodine, night vision equipment, survival knives, ballistic armor and other items that will actually be desperately needed by anyone hoping to escape the zombie apocalypse that will strike most US cities. (We use the phrase “zombie apocalypse” to mean desperate, unprepared, starving masses who have lost most cognitive capability and any remaining sense of civility while they violently attack anyone who appears to have food or water.)

Here’s a look at the DenverReady preparedness “Build a Kit Training Class” promo, which apparently teaches people how to die with extra toilet paper on hand. Perhaps it should be called DenverReadyToDie: 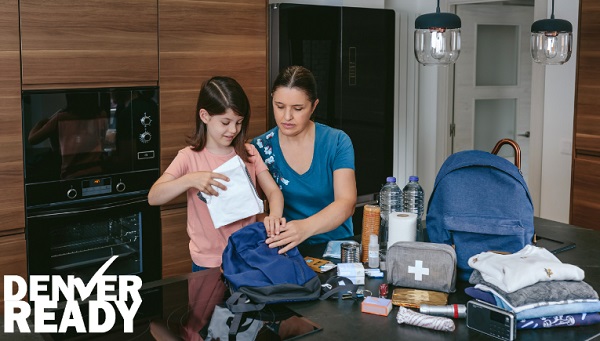 While the zombies devour your flesh, you can rest assured the city of Denver had you “ready” with a roll of toilet paper, some crackers, a single can of soup, a bar of soap, a flashlight, a hand sanitizer sprayer and some tissues. Is this preparedness theater for soy boys? 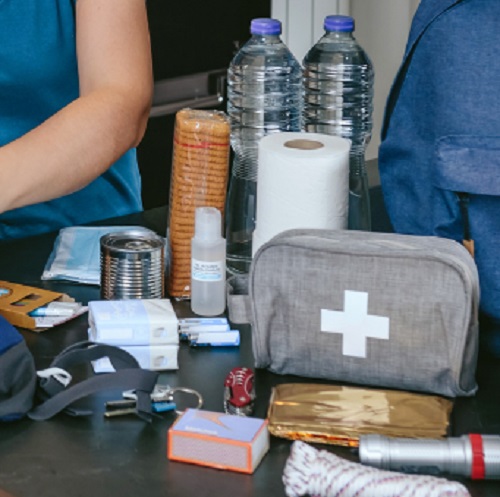 DenverReady also features a Financial Preparedness Training Class which no doubt teaches you how to lose all your money. There probably isn’t a single mention of gold or silver during the entire class. (I have publicly offered to be a remote instructor for their financial preparedness class, just to do my part, by the way. My first lesson would be “ditch the dollar” followed by “don’t trust the government with money or currency…”)

Denver, mostly run by Democrat bureaucrats who despise actual preparedness, will become a death trap in any significant collapse event. But it won’t be the worst city in America, so Denver is survivable by those who are proficient in firearms, navigation and water filtration, among other key skills that most definitely are not taught by the city of Denver itself.

Many other liberal cities won’t fare nearly as well as Denver. Los Angeles, in particular, doesn’t offer free bug out bags to anyone. That’s probably because the prospects of bugging out of LA during a major crisis are just about zilch. If LA offered a “Ready” class, it would be called, “ReadyToDie.”

The best way to survive Los Angeles is to leave while you still can. Don’t be anywhere near collapsing liberal cities like LA, San Francisco, Portland, Seattle, Miami, Houston, Chicago, NYC, etc. If you are stuck in such a city, rest assured you probably don’t have nearly enough ammo stored away for what’s coming.

For those who really want to learn how to survive what’s coming, download my free audio book, ‘Resilient Prepping” from ResilientPrepping.com

It teaches you how to survive everything collapsing, including the power grid, combustion engines, the rule of law, global crop collapse and more. This is the book where I detail why I bought a hand-cranked Singer sewing machine built in 1959 (and why you should too). 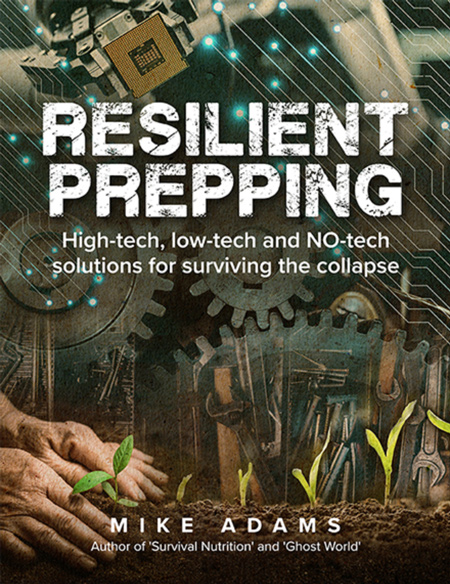 Get the rest of the update in today’s powerful podcast

If you want the full, uncensored analysis of the real situation humanity is now facing, listen to today’s Situation Update:

Discover more interviews and podcasts each day at: