Juror #52, now identified as Brandon Mitchell, reportedly told Judge Cahill on March 15 that he had no prior knowledge of the case prior to being summoned for jury duty.

Mitchell is the first juror in the Chauvin trial to speak openly about the deliberations.

Speaking in a show called Get Up! Mornings with Erica Campbell on April 27, Mitchell said that people should say yes to jury duty as a means to promote societal change.

According to Minneapolis’ FOX 9 reporter Paul Blume, who live-tweeted the case on March 15, “Judge Cahill asked Juror #52, whether he heard anything about the #GeorgeFloyd civil case. He says, no. He explained hearing some basic info about trial dates, etc from the news in recent months, but nothing that would keep him from serving as impartial juror. #ChauvinTrial”

“Juror #52 wrote in his jury questionnaire that he wondered why other police officers at the scene did not intervene in #GeorgeFloyd deadly arrest. He recognizes the historic nature of the case. Defense says he is an acceptable juror. So state’s turn to question,” Blume added.

In a Facebook post dated August 31, 2020, Brandon Mitchell was pictured (seen below) wearing a shirt with the words “Get your knee off our necks” and “BLM,” which is short for Black Lives Matter. This would directly contradict his claim that he had no prior knowledge of the case 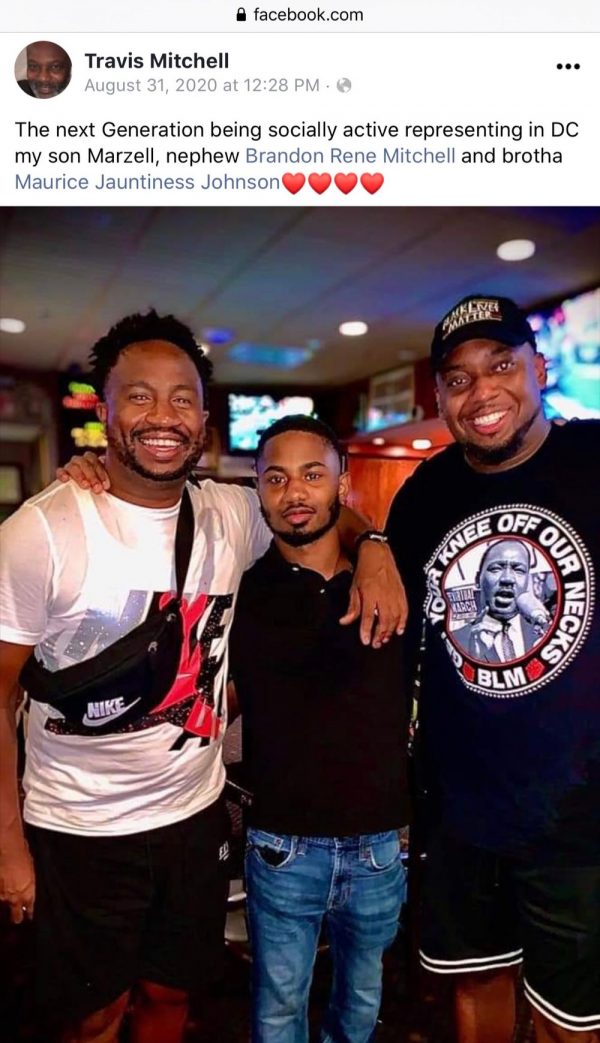 In an interview with Mitchell on April 29, Mitchell told Law & Crime Network that the jury took “five or six hours” to determine the verdict.

He stated that the jury “definitely figured out manslaughter within the first hour, right away,” adding that “third degree took maybe three and a half hours, second degree murder we figured out maybe thirty, forty-five minutes.”

Mitchell added that he wasn’t impressed by any of the witnesses Chauvin’s defense called up.

Read more at: ThePostMillenial.com and Deception.news.

Shame on him and others like him who want mob rule and don't believe in our Jury system. He lied to get on the jury and that is reason for a new trial. I believe Chauvin is guilty but he deserved, just like any American citizen, a fair and impartial trial and he didn't get it!!!

This conviction needs to be overturned on appeal. The whole s++t show was tainted.

This conviction should be overturned; it's been tainted from the start.