After new cases of the bubonic plague were found in Los Angeles, Colorado, and in Mongolia near the Russian border this summer, it appears the infamous plague strain responsible for killing tens of millions of Europeans during the 14th Century continues to surface, this time, in South Lake Tahoe, California.

The US Forest Service, Lake Tahoe Basin Management Unit, issued a "plague warning" on Thur. (Sept. 3) ahead of Labor Day weekend, informing the public that fleas in the area tested positive for the bubonic plague.

"Visitors should take the following precautions when visiting areas where active Bubonic Plague has been found. Remember to stay on trails, and if you must bring your pet, keep them on a short leash and do not let them investigate rodent burrows," the Forest Service wrote in a recent Facebook post. 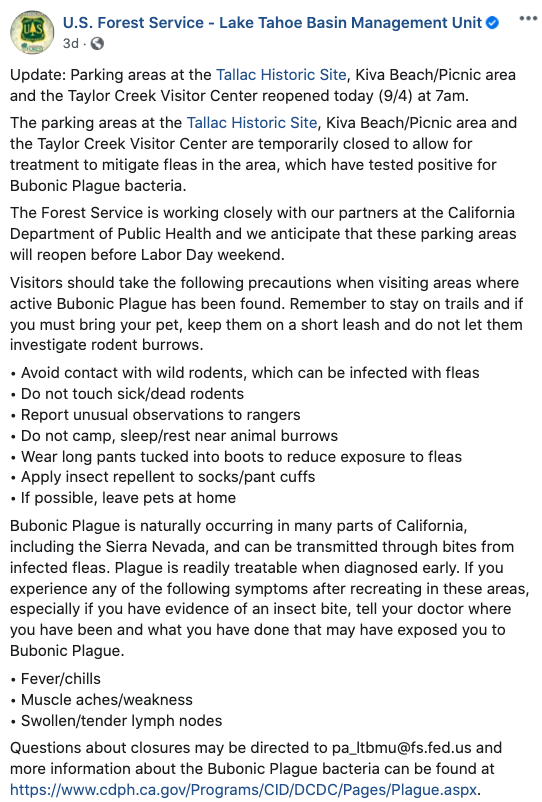 The post continued, "Bubonic Plague is naturally occurring in many parts of California, including the Sierra Nevada, and can be transmitted through bites from infected fleas." 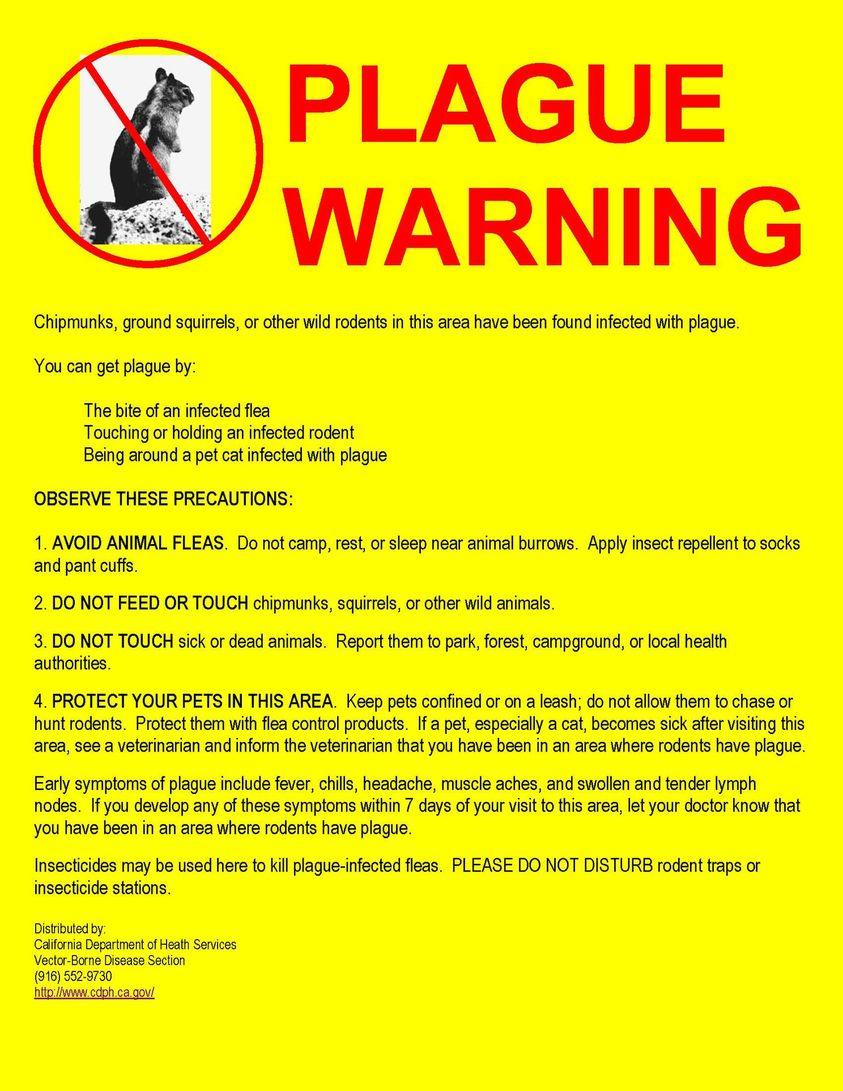 For More go to Tyler Durden

The enemy troops must be…

The enemy troops must be doing training in the forests and the govt doesn't want folks to see them. So this ridiculous FLEA story. Get a life.

There always seems to be Bubonic Plague lurking in the southwest- especially on the reservations. Similar to Hanta Fever, etc. Read up on the signs and symptoms, and be ready to DEMAND the appropriate antibiotic, for either Pustule (buboe) Plague or Pneumonic Plague.

You may want to use the keywords BUBONIC PLAGUE SILVER.