In reference to the chaos in Minneapolis, I mentioned this morning that the events involving the use of flame-throwers, and high capacity magazine guns smelled like Antifa and George Soros.

The burning of certain businesses seemed unnatural and disconnected to the outrage of the citizens of Minneapolis.

Here were my thoughts on this issue in the early AM.

The no-nonsense Candace Owens has pointed her finger for the extreme violence in Minneapolis in an appropriate direction, namely, George Soros and his terrorist group, Antifa.

The Minneapolis chief of police just confirmed that many of the protesters that are burning down the city are NOT FROM MINNEAPOLIS.

My guess: As he did with Antifa, Democrat George Soros has these thugs on payroll.

He is funding the chaos via his Open Society Foundation. 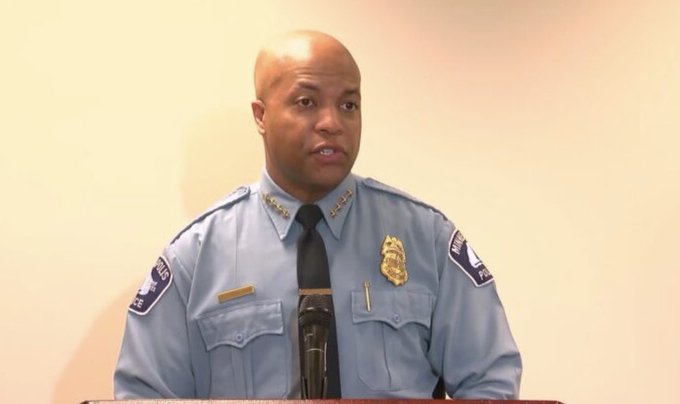 It appears that Candace Owens is legitmately on to something as the Police Chief of Minneapolis conifirmed the arsonists being arrested are NOT from Minneapolis. Here's the story.

I can draw no other conclusion that George Soros and the extreme leftists are making their move right now by trying to start a racial civil war. IT is going to be a long, hot, summer. Charles Manson would be proud, welcome to Helter Skelter Geroge Soros style!

Question: WHY IS IT OK FOR…

Question: WHY IS IT OK FOR THESE PEOPLE TO RIOT WITHOUT SOCIAL DISTANCING? I thought the nation was under quarantine. It's ok to riot but not work, shop or go to an entertainment venue? Something smells rotten. Never let an opportunity go to waste, eh?

Two goons interviewed last night on Fox News in Minneapolis had Boston accents. They were NOT from Minnesota. Told the husband they were agitators bussed in from some unholy group. The spirit of rebellion is here, Satan is here. Pray for this nation, the President, and for national REPENTANCE. Thank you, Dave, for your reporting.

Fema provision of riots in 5 major cities President is sidelined and FEMA Provisional government takes over?

lets look at what 1776 did bring us. Declaration of Independence, That whenever any Form of Gov. becomes destructive, it is the Right of the People to alter or to abolish it, it is their right , it is their duty, to throw off such Gov. How is this done, What do we do? What is the proper Order? Go back to the basics, Teach.!! Preamble, Grand Jury, Common Law = 7th Amen, We the People of the U.S,in Order(order is in the middle of the sentence the O is capitalized) to form a more perfect Union,establish Justice,(stop right there for a second or two). THE GRAND JURY, IS the second vote in this three vote system,(we are not a democracy, a one vote rule) THE GRAND JURY is THE MECHANISM ALLOWING THE CITIZEN TO INDICT POLITICIANS & GOV.

It is important to know,…

It is important to know, CREATOR, not god nor satan, will step foward, in flesh, and be the 1 gate, into immortality, any human who accepts the 1 request, of immortals, but no violence, will be granted never to have to die a human death, again, will change all on earth in an instant, the moment of the twinkling of an eye, and all groups of humans, from satanist to christion to muslim to catholic to protestant to pentecostal to mason to jew to jesuit to catholic to male to female to child and to every nationality earth over may ask for proof, no faith needed, and what if immortals the creators higher than humans, on the ladder of evolution of intelligence & knowings, give humans actual physical brain scan proof, science & religion will unite

Sir, you are spot on concerning these riots. I told my kids today "interesting how Charlie Manson was right concerning the times in which we now live. I'm in Michigan and the riots in Detroit tonight are so hypocritical, it's pathetic. Told my kids that these people are begging for military rule and they're gonna get it. How sad. Makes me shamed to be a. American.

Yep. I've been saying to everyone. FIRST DEGREE MURDER (not 1 and not 2). It was very deliberate. He intended to kill that George.